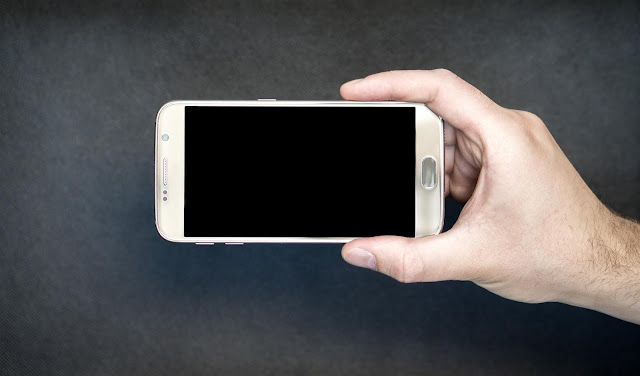 Gold, silver, and copper are actually just a few of the 70 or so chemical elements that make up the average smartphone.

These can be divided into different groups, two of the most critical being rare earth elements and precious metals.

Rare earths are a selection of 17 elements that are actually common in Earth’s crust and are found in many areas across the world in low concentrations.
These elements have a huge range of magnetic, phosphorescent, and conductive properties that make them crucial to modern technologies.
In fact, of the 17 types of rare earth metals, phones and other electronics may contain up to 16. In smartphones, these create the screen and color display, aid conductivity, and produce the signature vibrations, amongst other things.


And yet, crucial as they are, extracting these elements from the earth is linked to some disturbing environmental impacts.

Rare earth elements can often be found, but in many areas, it’s not economically feasible to extract them due to low concentrations. Much of the time, extracting them requires a method called open pit mining that exposes vast areas of land.

This form of mining destroys huge swaths of natural habitats, and causes air and water pollution, threatening the health of nearby communities.

Another group of ingredients in smartphones comes with similar environmental risks: these are metals such as copper, silver, palladium, aluminum, platinum, tungsten, tin, lead, and gold.

We also mine magnesium, lithium, silica, and potassium to make phones, and all of it is associated with vast habitat destruction, as well as air and water pollution.

Mining comes with worrying social problems, too, like large-scale human and animal displacement to make way for industrial operations, and frequently, poor working conditions for laborers. Lastly, phone production also requires petroleum, one of the main drivers of climate change.

That entwines our smartphones inextricably with this growing planetary conundrum. And, what’s more, the ingredients we mine to make our phones aren’t infinite. One day, they’ll simply run out, and we haven’t yet discovered effective replacements for some.

Despite this, the number of smartphones is on a steady increase; by 2019 it’s predicted that there’ll be close to 3 billion in use.

This means that reclaiming the bounty within our phones is swiftly becoming a necessity. So, if you have an old phone, you might want to consider your options before throwing it away.

To minimize waste, you could donate it to a charity for reuse, take it to an e-waste recycling facility, or look for a company that refurbishes old models.

However, even recycling companies need our scrutiny. Just as the production of smartphones comes with social and environmental problems, dismantling them does too. E-waste is sometimes intentionally exported to countries where labor is cheap but working conditions are poor.

Vast workforces, often made up of women and children, may be underpaid, lack the training to safely disassemble phones, and be exposed to elements like lead and mercury, which can permanently damage their nervous systems.

Phone waste can also end up in huge dump sites, leaching toxic chemicals into the soil and water, mirroring the problems of the mines where the elements originated. A phone is much more than it appears to be on the surface.

It’s an assemblage of elements from multiple countries, linked to impacts that are unfolding on a global scale. So, until someone invents a completely sustainable smartphone, we’ll need to come to terms with how this technology affects widespread places and people.


The seemingly endless abilities of smartphones as communication tools, personal organizers and entertainment devices are possible because of amazing properties held by the elements within a smartphone.

They contain dozens of elements in compounds, metals and composites produced from minerals to form the building blocks of smartphones.

During the past decade, smartphones have changed in numerous ways, but many of the same raw materials are used to build smartphones – from iPhones to Androids – regardless of make, model, or year released.

what are smartphones made of?

“Smartphones have transformed our lives in ways that were unimaginable 30 years ago,” said Larry Meinert, U.S. Geological Survey Deputy Associate Director for Energy and Minerals.

“Then, ‘portable’ phones were the size of a shoebox and consisted of 25-30 elements. Today, they fit in your pocket or on your wrist and are made from about 75 different elements, almost three quarters of the periodic table.”

Over the decades that mobile phones have evolved, from the simple communication devices they were to the handheld computers they have become, the creative use of minerals has greatly enhanced their abilities and battery life, while reducing the size and weight.

Today’s smartphones have an abundant variety of elements within them, however, most of them are only used in minuscule quantities.

Some of the materials used to construct smartphones are household names like “silicon,” which is used for circuit boards, or “graphite” used in batteries.

Then there are lesser known substances like bastnaesite, monazite, and xenotime. These brownish minerals contain neodymium, one of the rare-earth elements used in the magnets that allow smartphone speakers to play music and the vibration motor that notifies you of new, funny cat videos on social media.

Other minerals used for smartphones include bauxite, the primary source of gallium used for light emitting diode screen backlighting and amplifiers; sphalerite, which is the source of indium used in the screen’s conductive coating; and arsenopyrite, a source of arsenic, which is used in radio frequency and power amplifiers in the form of gallium arsenide.

Even an element as common as copper, which conducts electricity and heat, comes from minerals like chalcopyrite and bornite.


Where do these minerals come from?

While it might be difficult to pronounce many of the elements or source minerals that make smartphones possible, naming the places where these materials are obtained is as easy as looking at a globe.

The ability of smartphones to navigate the world with its GPS or connect to people in any country is apt considering the materials to build smartphones come from all corners of the planet.

For instance, the industrial sand used to make the quartz in smartphone screens may come from the United States or China, but the potassium added to enhance screen strength could come from Canada, Russia, or Belarus.

Because of their worldwide communication ability and their multinational ingredient list, smartphones truly are global devices.

However, with minerals being sourced from all over the world, the possibility of supply disruption is more critical than ever, Meinert said.

Therefore, governments and businesses continue to monitor the world supply of the valuable minerals that make technology like smartphones possible, because these high tech devices have become mainstays for billions of people around the globe.

As the technology of smartphones continues to evolve, the elements and source minerals used to make these devices will always be a key factor in their growing and amazing capabilities.