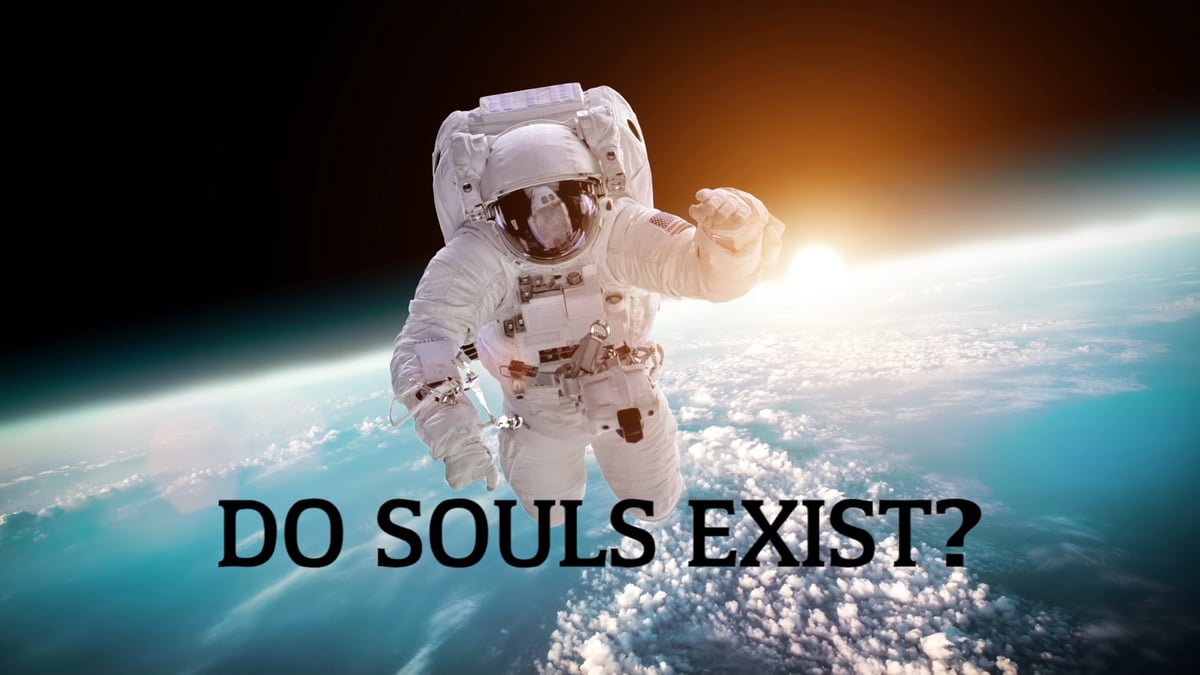 In 1907, a doctor tried to prove the existence of the soul in a very strange way

In the early 20th century, Duncan MacDougall, an American doctor tried to prove the existence of the soul in Massachusetts. His strange method required a few terminally ill people and some unsuspecting dogs.

First of all, the doctor believed that the soul had physical mass and, therefore, it was possible to weigh it. His decision, then, was to weigh some people just before they passed away, and then weigh them again, after. The difference in weights would be the weight of the soul.

Thus, MacDougall looked for patients in their final stages. These patients were weighed twice, before and after their 'souls' were disembodied. Terminally ill patients had tuberculosis or similar illnesses, so they used to be exhausted and immobile at the time of measurement.

The doctor built large scales on the bed in his office for patients. One version of events points out that they had their body orifices blocked. Due to Mac Dougall's scientific rigor, the goal would be to not let any fluid escape from the body and thereby impact the body's weight.

But, at the time of weighing, things didn't go as planned. Apparently, there was a lot of questioning regarding the doctor's experiment and, as he wrote, "interference from people who oppose our work".

Supposedly, many complained that the doctor was weighing patients while they died, instead of providing care and treatment to them. Especially since a person died while he adjusted his scales.

As for the results with humans, one patient seems to have lost weight at the exact moment of death and another patient lost 14 grams before his departure was confirmed. Afterwards, it was found that he lost 42.5 grams. Consequently, a third person also lost weight shortly after passing away.

Obviously, most would find this to be a result of uncalibrated scales, but MacDougall concluded it as proof of the soul's existence. 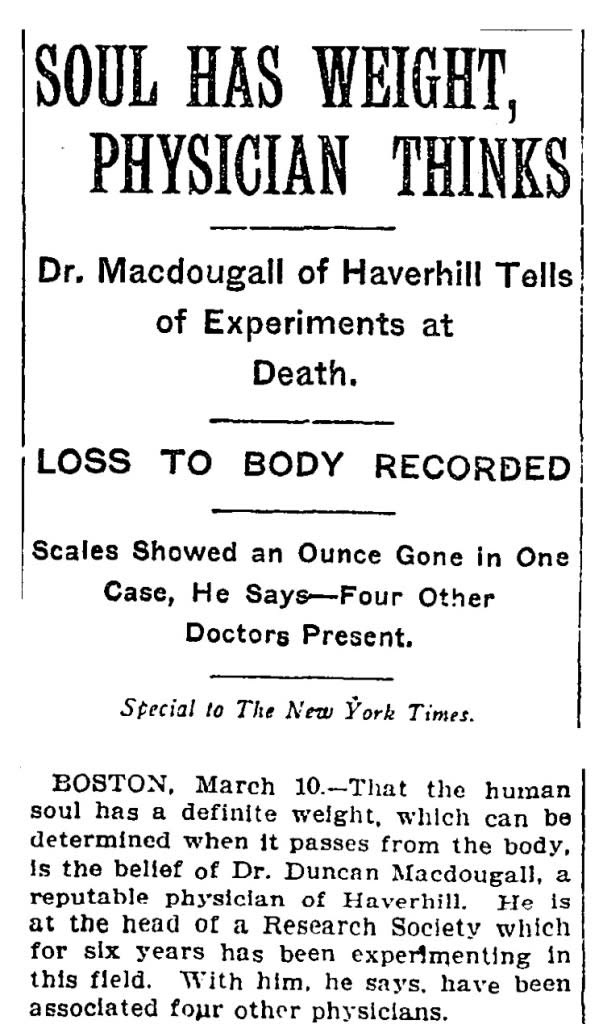 But wait, this story only gets worse. The doctor, as a "scientific weigher" of spirits, realized the need to do a control experiment.

So he put to sleep 15 healthy dogs, even though he theorized that dogs have no souls to lose, so they wouldn't be lighter when they died. As suggested, the animals did not lose weight according to his scales. MacDougall published his results that were instantly discredited.

In conclusion, the methodology and the calculation were flawed since the beginning of the experiment. The doctor even admitted that it was difficult to measure the exact moment of death.
In addition, any weight changes collected from his small number of samples could be attributed to some basic factors. For example, the sudden increase in sweat and evaporation of moisture that happen when body temperature rises soon after a person passes away, as the blood no longer cools it while circulating.
Since dogs sweat through their paws, any weight loss would be minimal. All of these reasons led him to be ridiculed by his colleagues for a long time. That is, he did not prove the existence of the soul and even became a true villain in the eyes of the scientific community.