Scientists have found out why the stomach is upset during stress

American neurophysiologists have found that the love hormone oxytocin is the link between stress and digestive problems. The research results were published in The Journal of Physiology. 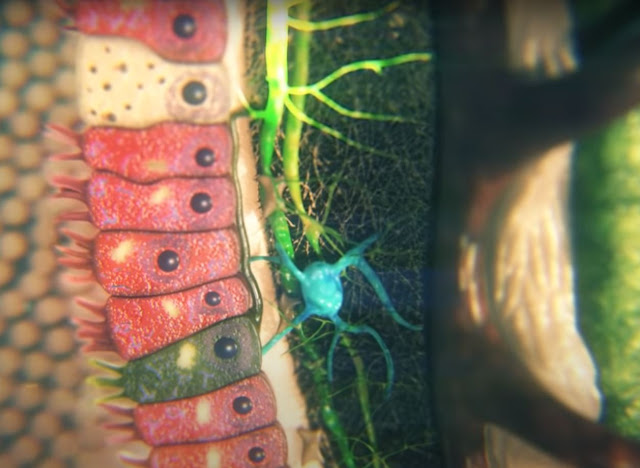 Why does stress upset my stomach?

Stress is known to interfere with gastrointestinal function. It is known to cause bloating, discomfort, nausea and diarrhea. Previous research has shown that nerves and neural networks that regulate gastric muscle function and gastric emptying respond to stress by altering their responses and activity.

Researchers from the Perelman School of Medicine at the University of Pennsylvania, using new methods to manipulate neurons, have been able to track neural networks in the brains of rats. Neural networks which are affected by the hormone oxytocin, released by the hypothalamus in response to stress. Simultaneously, they measured the gastric and intestinal motility of the rats.

For a long time, it was believed that the effect of oxytocin on the nerves which regulate the functions of the gastrointestinal tract, is negligible. However, research results have shown that oxytocin chains play an important role in the stomach's response to stress.

Activation of these circuits delays gastric emptying and simultaneously accelerates colon transit. The former causes bloating, due to the fact that food lingers in the stomach, causing discomfort and nausea. The latter causes diarrhea.

The researchers induced various forms of stress on rats and manipulated oxytocin neural networks, which allowed them to activate or inhibit muscle activity in the stomach, as well as measure the time of gastric emptying.

The results showed that oxytocin neural circuits play an important role in the stomach's response to stress. Their activation eliminates the delayed gastric emptying seen in acute or chronic stress responses, increasing gastric tone and motility and thereby allowing adaptation to stress. Conversely, the suppression of these neural networks prevents adaptation to stress, delaying gastric emptying and reducing its tone.

The researchers emphasize that the ability to adequately respond to stress is important for normal physiological functions. Stress-related digestive disorders are especially common in women.

"Women are more vulnerable to stress and stress-related pathologies such as anxiety and depression, and gastrointestinal disorders are more common among them," co-author Alberto Travagli said in a press release from the American Physiological Society.

Previous studies have shown that vagus nerve circuits are organized differently in men and women, and researchers are now completing a series of studies exploring the role and mechanisms by which oxytocin modulates gastric function in stressed women. The authors believe it is important to understand the mechanisms that govern gastric functions to determine the goals of effective treatment of disturbed gastric responses to stress.

Their new research provides important insight into the role of oxytocin in controlling neural networks that affect the digestive system during stress.