What are 10 interesting facts about Earth?

Every April 22, International Earth Day is celebrated and this year is even more special, since the commemoration celebrates half a century.

The date chosen by the UN to honor our planet recalls the events of April 22, 1970, when 20 million people took to the streets of the main cities of the United States to protest the damage that human activity was causing in the environment.

We review some fascinating facts about the planet we call home:

1. The Earth is not a perfect sphere

Our planet is usually represented as a perfect sphere, but that is not its precise shape. The Earth is flattened at the poles, so its shape more closely resembles an oblate spheroid.

As in other planets, the effect of gravitation and the centrifugal force produced by rotation on its axis generates polar flattening and equatorial widening. Thus, the diameter of the Earth at the equator is about 43 kilometers greater than the diameter from one pole to the other.

On Earth, water is in solid, liquid and gaseous states. In addition, it covers three-quarters of the earth’s surface in the form of swamps, lakes, rivers, seas and oceans. The latter contain about 97% of all the water on the planet.

3. The border between Earth and space is 100 kilometers above sea level

The boundary between atmosphere and space is considered to be called the Kármán Line, which is 100 km above sea level. 75% of atmospheric mass is found in the first 11 km of height from the sea surface.

4. Earth is an iron planet

Earth is the densest and the fifth largest planet in the solar system. The most present chemical elements are iron ( around 32% ), oxygen (around 30%) and silicon (around 15%).

Scientists believe that the core of the Earth is composed mainly of iron (about 88%).

5. Earth is the only known planet with life

The Earth is the only astronomical body in which we have been able to verify that there is life.

There are currently millions cataloged species of animals, although scientists believe that is only a small percentage of the total.

Earth was formed approximately 4.5 billion years ago and life has been present on it for much of that period.

The physical properties of the Earth, its geological history and its orbit have allowed life to have existed for millions of years.

6. Gravity is not the same everywhere on Earth

As our planet does not really have the shape of a sphere and, in addition, the earth’s soil is irregular and the mass is not distributed in a perfectly homogeneous way, there are variations in the value of the gravitational field.

Thus, for example, as we move from the equator towards the poles, the intensity of the gravitational field gradually increases, although the difference is imperceptible to humans.

7. Earth is a planet of extremes

Our planet is full of contrasts. The variety of its geographical areas and their climates means that practically each region has its own peculiarities.

There are several candidates to be considered the warmest places on Earth, but the place with the highest temperature ever recorded is in Death Valley in the USA, where on July 10, 1913 the thermometer rose to 56.7 ° C.

At the other extreme is Antarctica. At the Vostok station on July 31, 1983, the measuring instruments reached about −89.2 ° C.

8. The largest living structure on Earth

The Great Barrier Reef, located off the coast of Australia, is the largest single structure made up of living organisms on the planet, to the point that it is the only one that can be seen from space.

9. Earth is the only planet in the solar system with active plate tectonics

The movement of these plates makes the surface of our planet to constantly change.

In addition, they are responsible for the formation of mountains, seismicity and volcanism.

The cycle of these plates also plays an essential role in regulating the earth’s temperature, contributing to the recycling of greenhouse gases such as carbon dioxide, through the permanent renewal of the ocean floor.

10. Earth has a protective shield

The Earth’s magnetic field acts as a shield against the continuous bombardment of solar particles.

This field extends from the inner core of the Earth to the limit where it meets the solar wind.

Among other things, the magnetic field also helps the orientation of some animals and ours, with the use of compasses. 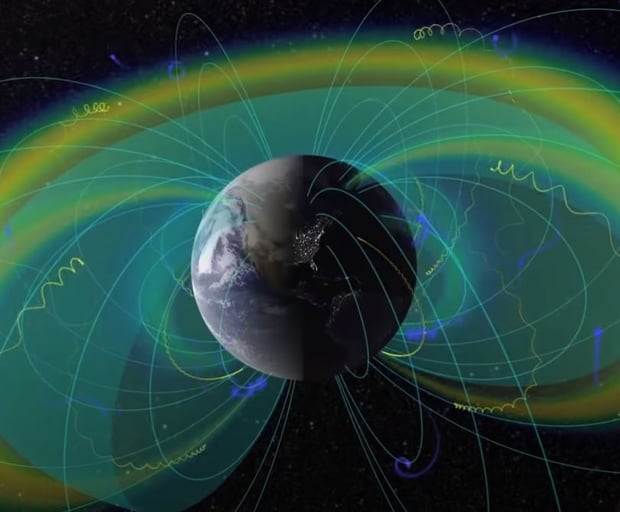