In a new video published by NASA, 10 years of solar observations by the Solar Dynamics Observatory are reduced to just over an hour. 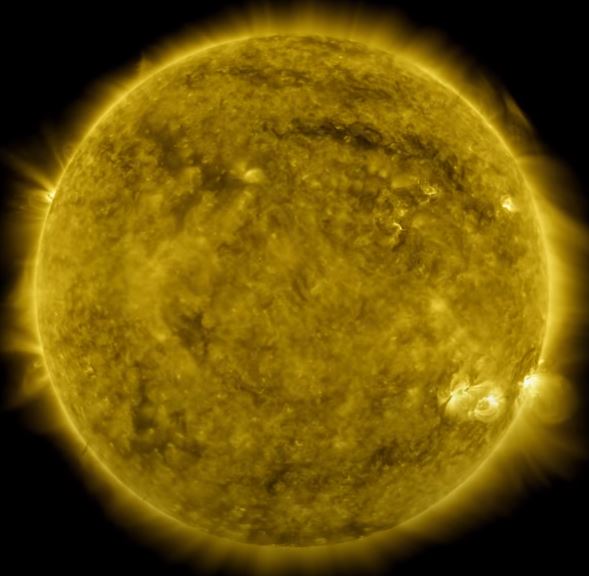 
The video shows the sun between its maximum and minimum phase.

Solar storms can hit the Earth, satellites and even spacecraft. Therefore it is a must to keep an eye on the solar activity.

The Sun is the star responsible for life on Earth. Without it, we would not be here and it is an integral part of our daily lives. With this in mind, you really should not look directly at it.

The Sun is an incredible thing, and astronomers have found ways to observe it without burning your retina. One of these tools is the Solar Dynamics Observatory, a "blink-free eye" that constantly observes the Sun.

Images from the SDO are generated by detecting only a specific ultraviolet wavelength that allows scientists to see the star's corona, which represents its outermost layer. For a decade, the SDO has been staring at the Sun and recording every surge of activity it can detect. Now we can enjoy it all for ourselves.

The time-lapse video just released by NASA is absolutely incredible. Ten years of observing the sun is cut down to just over an hour. Yeah, it's a one-hour video. So grab yourself a cup of coffee and enjoy it.

The video, which is available in a resolution of up to 4k, is breathtaking. It starts to show an abundance of activity on the star's surface early on and continues to increase until magnetic plasma loops cover a large percentage of its surface.

Then, just as fast as they appear, the focal points of the activity seem to disappear and the star looks much quieter.

NASA has a very good explanation for why you occasionally see the sphere of the sun shaking in the image or see brief images of darkness throughout the video:

While SDO has a blink-free eye on the sun, it has missed some moments. The dark images in the video are caused by the fact that the Earth or the Moon puts SDO in the shade when they move between the spacecraft and the Sun.

A prolonged power outage in 2016 was caused by a temporary problem with the AIA instrument, which was successfully fixed after one week. Images where the sun is off-center were observed as SDO calibrated its instruments.

Observing the Sun and tracking how active or inactive it is can be crucial in predicting things like solar storms and other space weather that may affect Earth.

When the Sun spits plasma into space, charged particles reaching the Earth can damage communications satellites and even put space missions at risk.