How the Earth began: amazing facts about the past 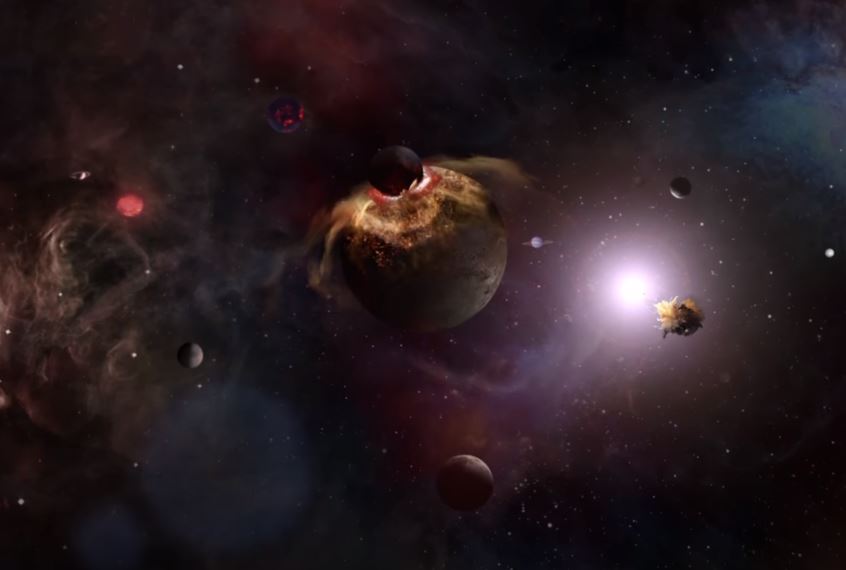 Nature is an incredible fantasist. For four and a half billion years, she has been writing an intricate novel called The History of Life on Planet Earth. In this novel, thousands of amazing heroes. Poisonous beasts, trilobites with glowing eyes and gourmet dinosaurs. And feathered dinosaurs, dinosaur-dicobrazes, unicorn pigs and others.


The birth of the sun and the starry cradle

History of the Earth: A very long time ago, 4.56 billion years ago, an event common to the universe happened, but very important for us.

A star exploded on the edge of our Galaxy, or as it's called, the Milky Way. As a result, the "star cradle" - a cloud of ice dust, gas and rock debris - began to rotate at high speed.

The cloud shrunk, its speed increased, the substance spun faster and faster, heated up, filled with heat, and finally a star, which we call the Sun, burst out in its center.


A whirlwind of gas and rocks swirled around the star. The solar system looked like an egg: in the center there was a huge hot "yolk" of the Sun, and around it there was "white" dust.

Gradually the dust clumped into large "snowballs" and formed solid planets - Mercury, Venus, Earth, Mars. They formed quickly: in 2-3 million years. Light gas brought it to the edge of the vortex, where it clumped into the giant gas planets Jupiter, Saturn, Uranus and Neptune.

The young sun was very bright, red. It often had flashes and explosions.It was pulsating, throwing monstrous, murderous radiation into space. 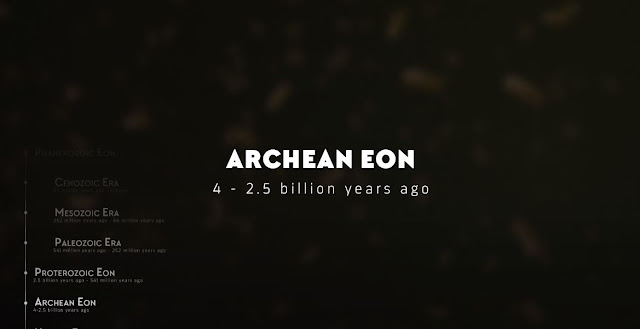 The earth, by our standards, resembled a horror film: clouds spilled acid rain, yellow sulfur streams flowed down from the hills, and all this was fried in the hard ultraviolet radiation of the sun. Only microbes lived on Earth - tiny organisms without a nucleus in a cell, which even a normal microscope does not always see. They were 5 to 15 micrometers in size. For comparison: the thickness of our hair is about 100 micrometers.

One drop of water could hold a million ancient microbes. In shape, they looked like some kind of lines, beads, sticks, beans and strings. Billions of germs covered the bottom of shallow reservoirs with slimy films. Other microbial biofilms were swaying on the waves, kept afloat by gas bubbles.

They were rescued from deadly ultraviolet radiation by mucus. These microbial skills have been preserved to this day. It is therefore impossible to completely sterilize rooms with UV lamps: bacteria begin to produce mucus, which protects them from radiation. The bacteria mostly lived in colonies. Communication between them took place by means of chemical and electrical signals.


the glowing eyes of trilobites arthropods, mainly trilobites, have become prominent inhabitants of the Cambrian seas. Most arthropods have chitin shells, while trilobites have calcite shells. Calcite is better preserved in the fossil record, and millions of trilobite shells have survived in the geological chronicles.

Even their facets, like dragonflies' eyes, were often preserved. They too were calcite, each facet ended in a separate crystalline lens. No one else in the history of the Earth has had eyes like that. The stars of the sea have similar calcareous eyes, but they can hardly see anything.

Trilobites' eyes were blue and glowing in the dark. Despite the size and complexity of their eyes, the trilobites could not boast excellent vision, although they were quite good at calculating the speed and direction of movement of predators or, conversely, prey. And that was a very useful skill, nothing else was required from the animals of the Cambrian period. Many trilobites were predators.

What is the craziest chemical element in the periodic table?

by Latest science and technology news, 2020.

What are fossils and what are different types of fossils?

by Latest science and technology news, 2020.