Why do you put a donkey together with a herd of cattle? 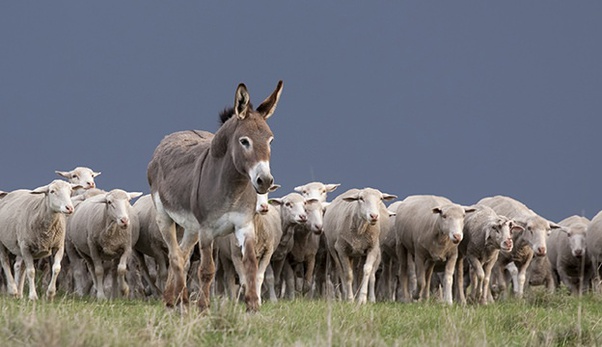 Why do you put a donkey together with a herd of cattle?

Why do you use a donkey with cattle? Because of tough, brave little guys like this: 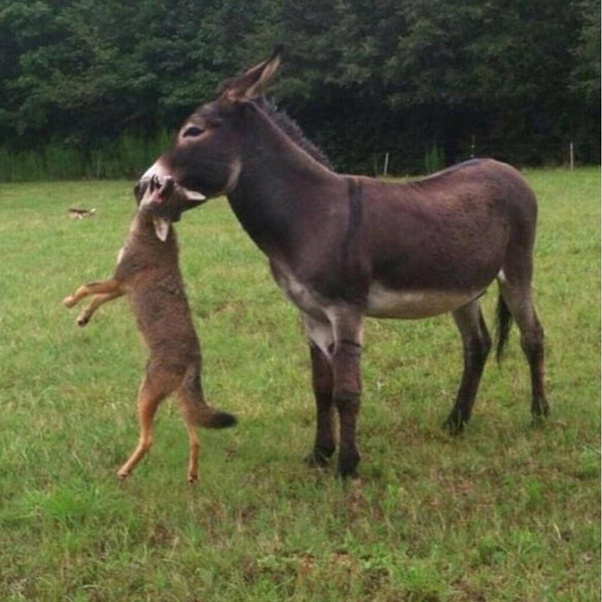 Or this tough guy in the desert: 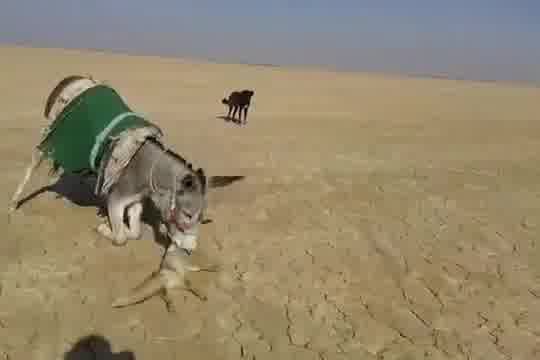 This little guy with the chic outfit has turned off a wild fox that came too close, while his little dog brother (who was watching from a safe distance) was too cowardly to take on the intruder.

And this little monster in a back yard: "Get out of my garden or I'll remove you." 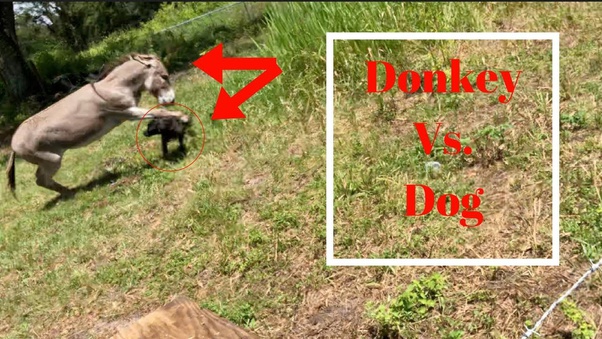 Or this guy in the mountains:
He helped his rider take out a living cougar ... until he was gone. (For clarification: this is a mule - half donkey / half horse). 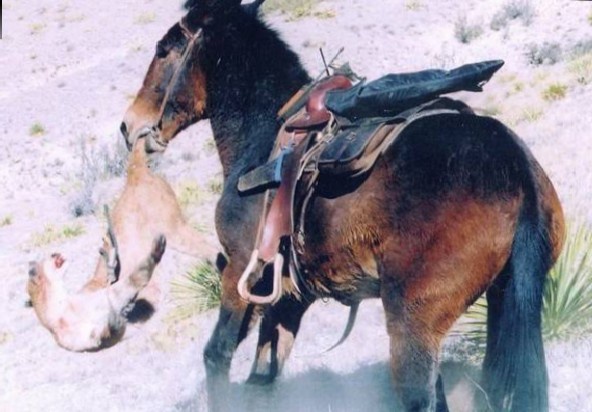 Donkeys and their wild cousins ​​are extremely tough little equidae (equidae: those from the horse family).

They are built lower and not as fast as a horse or a gazelle, so nature had to give them something else - courage, perseverance and tenacity. 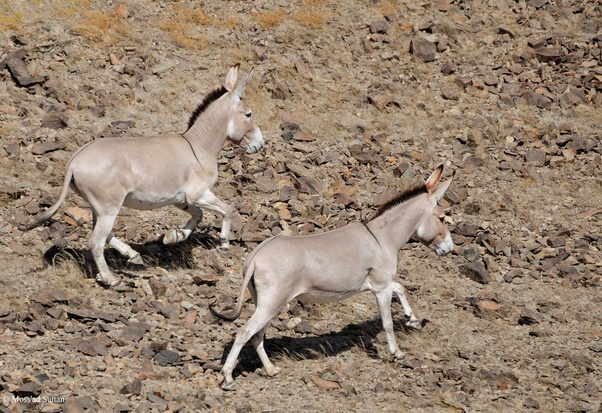 Donkeys can run, they have huge, beautiful ears to tell them the danger is approaching, their sense of smell is excellent, and they're pretty smart little guys who don't like to do something they don't have to do. (If you've ever tried to train a donkey, you know what I'm talking about).

If a prowler gets close, donkeys will very often assert themselves and challenge predators of all sizes and types - or even ATTACK.

This usually leads the predator to decide that this potential "meal" is not worth the risk. Sometimes it ends in a fight and donkeys are stubborn and strong for their small size, and very often they win or send the intruder away with their tails down.


For this reason, they are used worldwide in cattle herds, bays and pastures as an extremely successful and inexpensive predator deterrent. They can eat "cheaply" because their digestive systems cope with tough vegetation and they are relatively healthy animals. 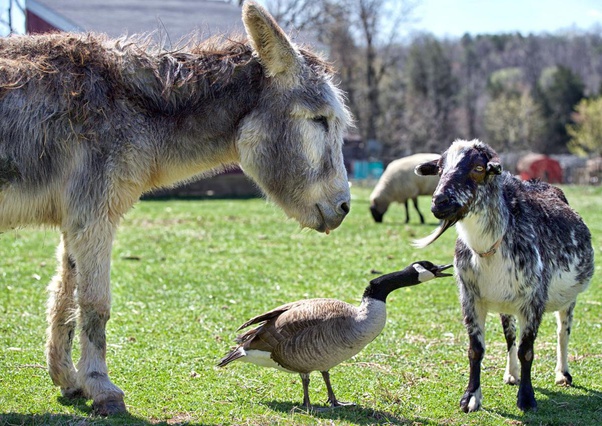 Donkeys are also wonderful companions for children and other animals. 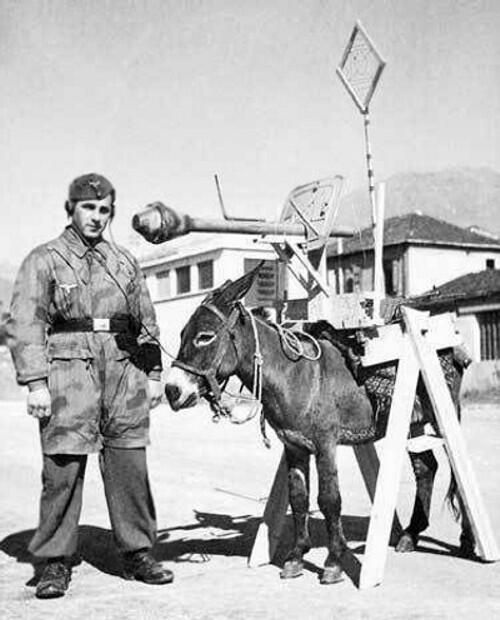 They have served in the military in many war efforts and today they even work for the US military in Afghanistan. They helped build cities and communities because they are strong, robust and trainable. 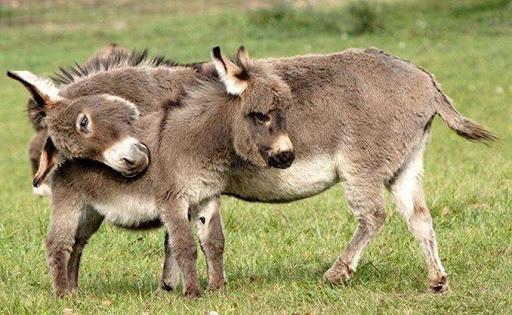 A good donkey can be very tough, but very cute when you get to know it.
This great little powerhouse has done so much for humanity since ancient times.

And even today, since we have modern, friendlier ways of doing the work we used to do, in many places they are still being exploited and abused unnecessarily.

Let us all help these little, misunderstood pillars of the community by speaking up when we see them injured, sponsoring them in protected areas, refusing to ride, pack or "use" them in tourist attractions, and not contribute to the misconception that they are stupid or worthless.

They feel pain, they love their family members and friends, and they will defend you when asked to do so. 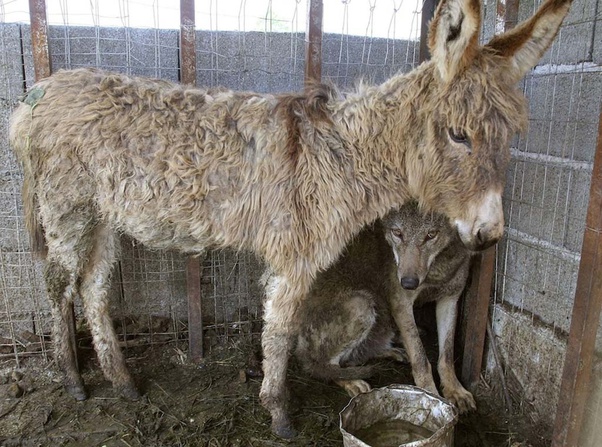