3D printed bionic corals can save the rainforest from the sea

The results of this work, published in the journal Nature Communications, open the door to new bio-inspired materials and their applications for coral conservation.

In the ocean, corals and algae have an intricate symbiotic relationship.

Coral provides a host for algae, while algae produce sugars for the coral through photosynthesis.

This relationship is responsible for one of the most diverse and productive ecosystems on Earth, the coral reef, also known as the "jungle of the sea", which is being devastated by climate change. 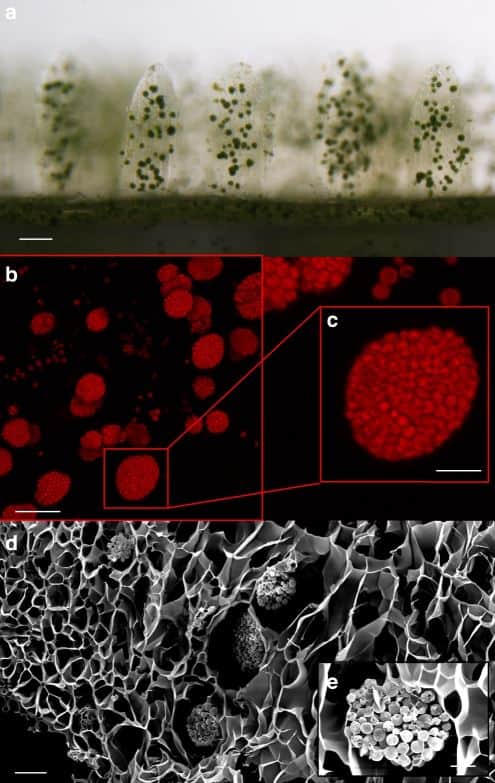 The researchers printed out 3D coral structures and used them as incubators for algae growth.

They tested several types of microalgae and found that growth rates were 100 times higher than in standard liquid growth mediums.

To create the intricate structures of natural corals, the researchers used a rapid 3D bio-printing technique, capable of reproducing detailed structures that mimic the complex designs and functions of living tissue.

This method can print structures with a micrometric scale resolution in just a few minutes.

This is critical for replicating structures with living cells, explains one of the authors, Shaochen Chen, in a statement.

"Most of these cells would die if we had to use traditional processes based on extrusion or inkjet because these methods take hours. It would be like keeping a fish out of water; the cells we work with will not survive if they are kept out of their culture medium. Our process is high performance and offers really fast print speeds, so it is compatible with human cells, animal cells and even algae cells in this case," adds Chen.

The coral-inspired structures were highly efficient in redistributing light, as are natural corals.

Only biocompatible materials were used to manufacture the bionic corals printed in 3D, the researchers note.

"We developed an artificial coral tissue and skeleton with a combination of polymer gels and hydrogels doped with cellulose nanomaterials to mimic the optical properties of living corals," adds co-author Silvia Vignolini.

And she adds: "cellulose is an abundant biopolymer; it is excellent for dispersing light and we use it to optimize the light supply to photosynthetic algae".

1. The team used an optical ultrasound analog, called optical coherence tomography, to scan live corals and use the models for their 3D printed designs.

"By copying the host microhabitat, we can also use our 3D bioprinted corals as a model system for coral algae symbiosis, which is urgently needed to understand the collapse of symbiosis during coral reef decline," adds Wangpraseurt.

"There are many different applications for our new technology. We hope that our technique will be scalable so that it can have a real impact on the algae biosector and ultimately reduce greenhouse gas emissions, which are responsible for the death of coral reefs," he concludes.


What is the craziest chemical element in the periodic table?

How viruses evolve and what will become of the SARS-CoV-2 virus?

Astronomers have detected the polarization structure of the fast radio burst