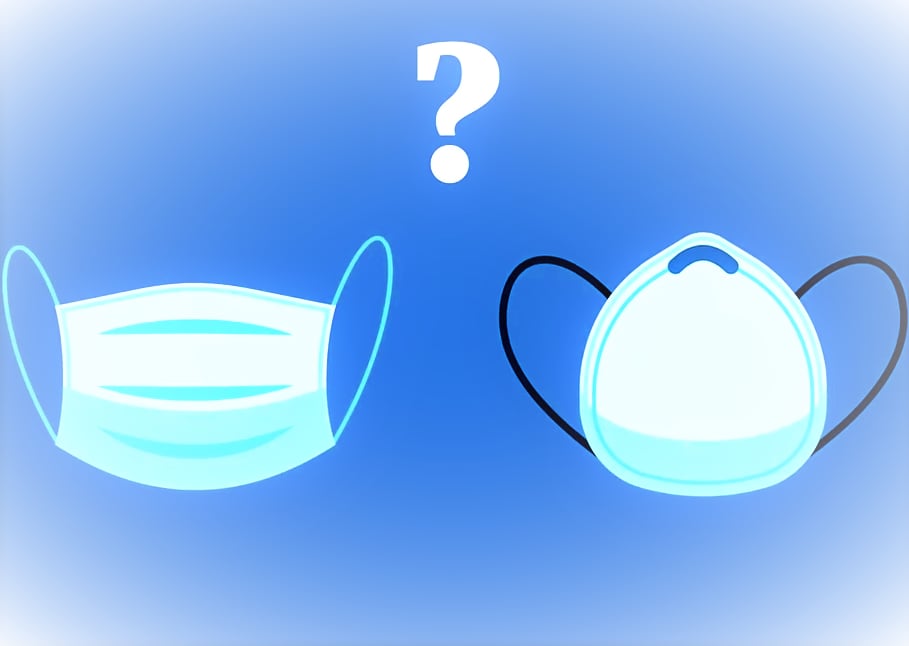 Scientists gathered patients with different types of acute respiratory infections and made them breathe, talk and cough for half an hour in a device that analyzed the number of viral particles in exhaled air.

Are masks effective against the coronavirus disease?

Half of the subjects were wearing medical masks. It turned out that masks could be effective, but not for all viruses and not for all types of transmission. They worked best for seasonal coronavirus, although it's not yet clear how far this actually reduces the patient's risk of infection.
One of the reasons for the new SARS-CoV-2 virus pandemic was its infection rate. It not only multiplies in the lungs during pneumonia, but also in the upper respiratory tract, from where it enters the air exhaled by humans. Scientists believe that coronavirus particles can spread not only in the form of large droplets (more than 5 microns), but also as an aerosol (particles less than 5 microns). At the very least, single viral RNAs have been isolated from the air in the rooms where COVID-19 patients are found.

Medical masks are considered a reliable way to stop the spread of coronavirus, but so far it has not been clear to what extent they are effective (including against other respiratory infections). In addition, scientists have been writing about other ways of transmitting the virus - for example, through the mucous membrane of the eye - which a mask cannot prevent.

To find out exactly how well masks cope with infection, a team of researchers led by Benjamin Cowling from the University of Hong Kong selected 111 patients with different respiratory infections. Of these, 54 were suffering from rhinovirus, 43 from influenza and 17 from seasonal coronavirus, a relative of SARS-CoV-2 (a total of 114, but three people were carriers of several viruses at the same time). The researchers noted that the symptoms in patients were different - flu patients were more likely to have fever, and Coronavirus patients cough more often. The same number of healthy people served as controls.

All subjects were randomly asked to wear or not to wear a mask, and then asked to breathe for half an hour, cough and speak (if they preferred) in a special device for collecting exhaled air, which the same group of scientists developed earlier. The air was then condensed and the number of viral particles measured in it. In addition, nose and throat scrapes were collected from patients to compare whether the spread of the particles differs from where the virus multiplies.

The authors noticed that all three viruses spread better if they multiplied in the nose. But the effectiveness of the masks was different for them. The masks could not stop the spread of rhinoviruses: both the droplets and the aerosol were transmitted through them as well as without them. Against the influenza virus, the masks were effective, but only for the droplet path of transmission. In the case of coronavirus, masks stopped both routes of transmission: both droplet and aerosol - the number of viral particles in the sample fell by several orders of magnitude. 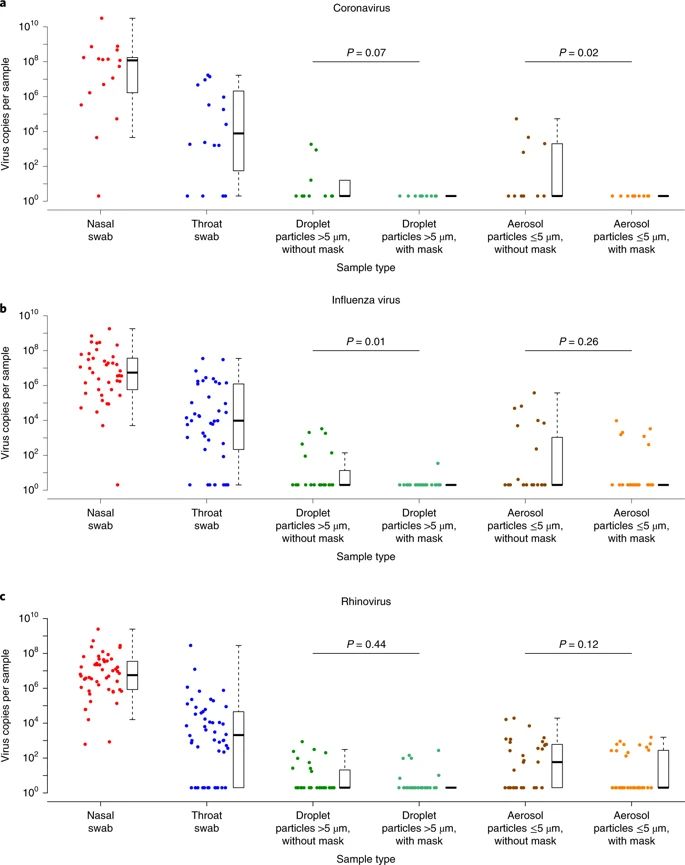 This research has several limitations. The first is that not all participants, even those with confirmed diagnoses, emitted viral particles. For example, droplets with coronavirus were exhaled by only 3 out of 10 people and aerosol with viral particles by 4 out of 10. This significantly limits the study sample.

The second limitation is that patients were sick to varying degrees and exhibited different symptoms. For example, not all of them coughed for the 30 minutes that the air collection lasted. However, the researchers write that their goal was to simulate the real conditions of contact with the patients, therefore, to force them to deliberately cough would be a violation of the conditions.

Finally, the scientists did not aim to measure the infectivity of exhaled viral particles. Therefore, it is impossible to say exactly what are the chances of infection in the person next to whom the patient is wearing a mask or without it. However, the authors note that the presence of a mask can significantly reduces these chances.

Yet, the official guidelines for wearing a mask by a healthy person is still being approached with caution - WHO, for example, does not recommend doing so in order not to create a shortage of masks. The exception is for people who come into contact with a large number of infected people - at least for the influenza virus it is known that wearing a mask reduces the risk of disease in doctors.