Francesco Friedrich (in front) won the world championship in two-man bob five times in a row.

The script couldn't have been written any better: On his home track in Altenberg, of all places, local hero Francesco Friedrich (29) can make himself immortal at the Bobsleigh World Championships starting on Thursday!

Should the Pirnaer race for gold in the two-man event on Saturday (from 11.30 a.m. first and second run) and Sunday (from 2.30 p.m. second and third run), it would be the sixth title in a row - this has never happened before.

Already at the beginning of the season Friedrich made it clear that he wanted to make this dream come true at all costs: "Because nobody would be able to do that again so quickly. Three days before the competition, however, he tried to put the brakes on the euphoria.

Bobsleighing at its finest will be available from Thursday in Altenberg, Saxony.

National coach René Spies (46): "Francesco is the top favourite for me. But we have to be awake. Our rivals are lurking like sharks for mistakes and then bite immediately."

The hype about the top star is huge. Thousands of spectators will flock to the track to see him and pusher Thorsten Margis win: "That doesn't put any pressure on me. "We'll do our job, just like on any other track."

However, the one in Altenberg is one of the most difficult in the world. Friedrich: "You can win or lose everything right from the start. It's very long, you have to run a lot." As a reward for this, the entry in the history books beckons! 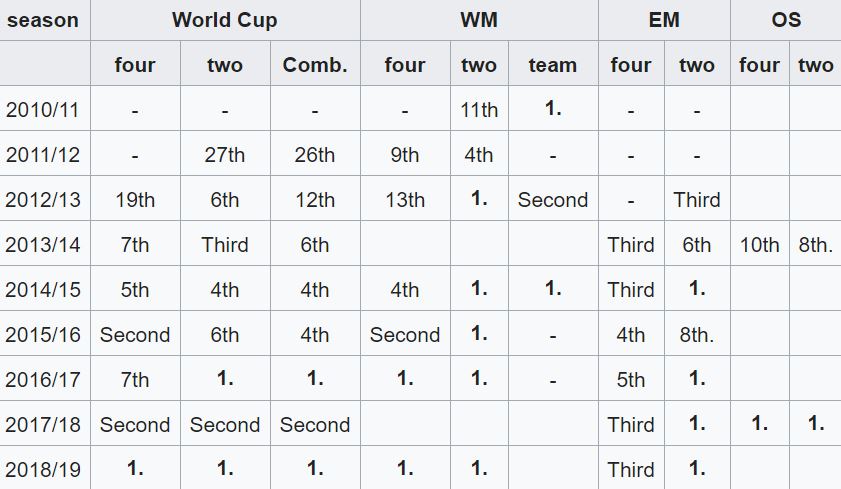 
Placements in the Bob World Cup

In the 2018/19 World Cup season Friedrich won all three classifications. With eight victories in the two-man event, he was the first athlete to win all the races of the season.

At the World Championships in Whistler, he won the title in the two-man for the fifth time in a row, a feat previously only achieved by the Italian Eugenio Monti from 1957 to 1961.