Ukraine's top security official, Oleksiy Danilov, has told the BBC that his country's investigators had already gathered evidence that a missile brought down a Ukrainian passenger jet, before Iran changed its position.


After initially denying responsibility, Tehran has admitted that Ukraine International Airlines flight PS-752 crashed as a result of "human error" when it was misidentified as a cruise missile. 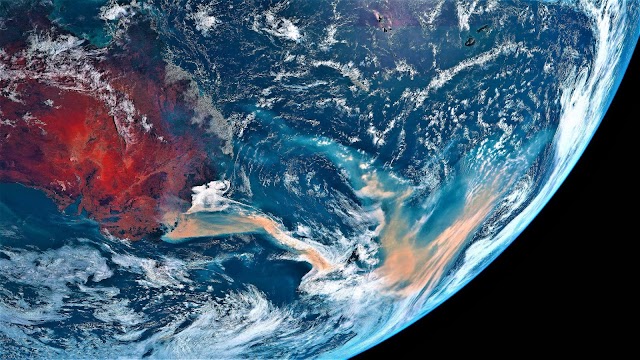 
Australia: This is what the fires look like from space in 2020

The fires in Australia have given much to talk about these days and now we will see how fires look from space. This image shows us an impressive bright red spot that stands out on the planet.

According to information that has emerged in recent hours, a technical problem was the cause of the Boeing 737 plane crashing near the airport. Boeing 737 Max crash.A Ukrainian plane crashed near Tehran.


Boeing 737-800 crash: Iran admits that it shot down "by mistake" the Ukraine International plane.

The Ukrainian International Boeing 737 plane that went down near Tehran on Wednesday with 176 people on board was shot down due to "human error," Iran's state television reported, citing a statement from military authorities.

The aircraft was mistaken for a "hostile target" after it flew near a "vital" military site of the Revolutionary Guards on the outskirts of the Iranian capital, according to the note, so it was shot down "unintentionally".

The Iranian military was on the "highest level of alert" because of recent tensions with the United States.

In such conditions, and as a result of human error and in an involuntary way, a projectile hit the plane, according to the press release of the General Staff of the Armed Forces, which promised to bring to justice those responsible.

The plane went down on Wednesday morning shortly after take-off to Kiev, the Ukrainian capital, with final destination Toronto, Canada. All passengers and crew were lost.

Iran had attributed what happened initially to a failure in the plane, but several Western powers claimed to have intelligence that it had been shot down by an Iranian missile fired by mistake.

A video released by the U.S. press appeared to show a missile launched in Tehran which explodes when it makes contact with an airplane. About 10 seconds later, a loud explosion is heard at ground level.

The fall of the aircraft came a few hours after the Iranian army attacked two U.S. bases in Iraq, a move against the U.S. over the case of Iranian General Qassem Soleimani on January 3.