Although carbon dioxide accounts for almost 80% of greenhouse gas emissions, it is not the only cause of global warming. Methane, another greenhouse gas, is responsible for emitting 28 times more heat into the atmosphere.

Recently, the U.S. Environmental Protection Agency (EPA) proposed to lift methane emission caps for the oil and gas industries. US citizens and elected officials had until 25 November to send in their comments, which fuelled the debate between climate sceptics and pro-Paris agreement proponents. There is no doubt that this decision was influenced by President Donald Trump's oil policy. 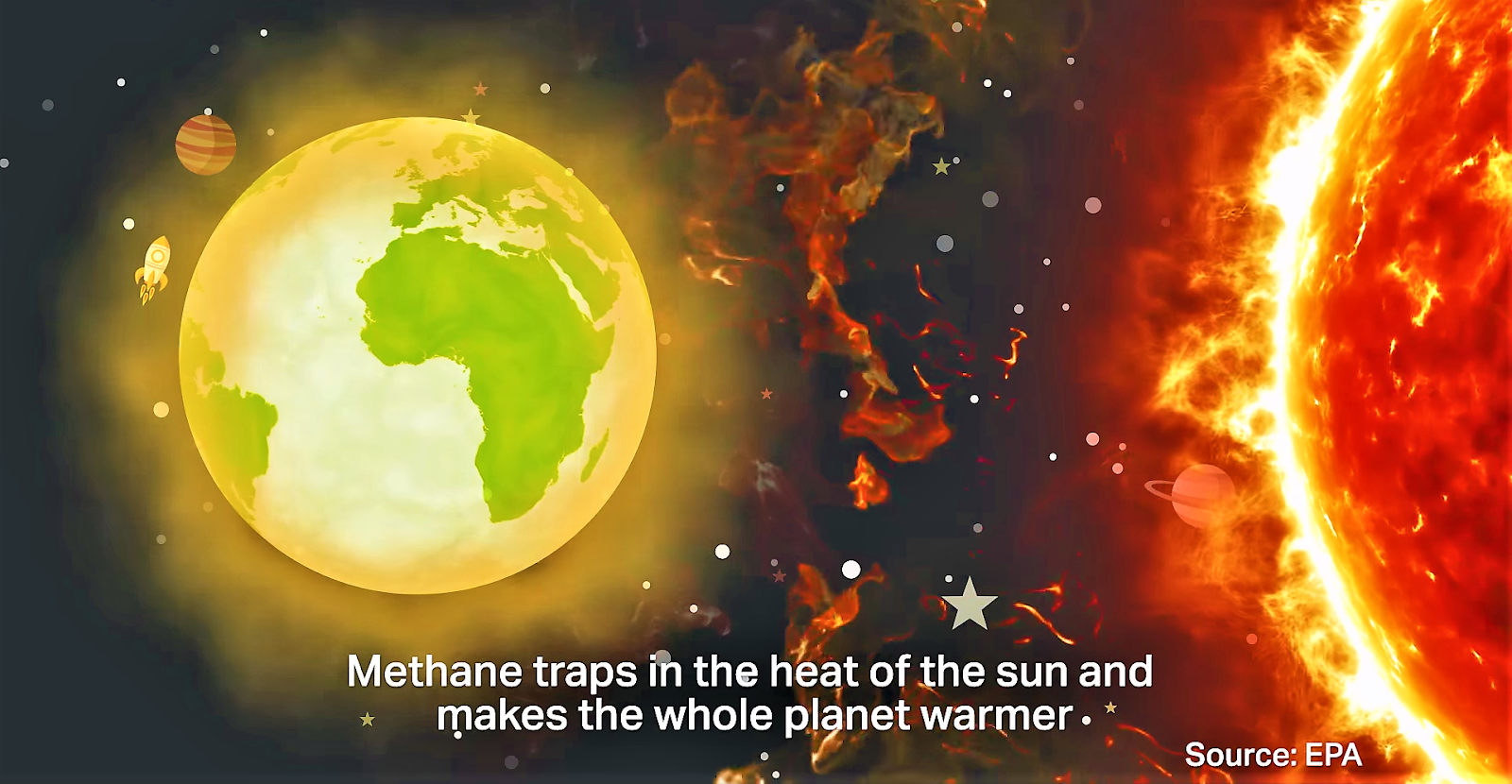 Emission and pollution: two concepts to be handled with care.

The complexity of climatic phenomena often forces us to take unfortunate shortcuts. Just because an industrial company emits a lot does not mean that it will pollute more than a company that emits less. The important thing is to determine what is emitted. The emissions that contribute mainly to global warming are called greenhouse gases.

They include all the components that absorb the sun's rays and redistribute them as radiation on the earth's surface. There are more than 40 of these, including carbon dioxide, nitrous oxide, fluorinated gases and methane.

However, they do not all pollute in the same way. In order to determine how dangerous they are, the IPCC uses the Global Warming Potential, an index measuring the warming power.

The discourse of the Environmental Protection Agency (EPA) is now completely contradictory. Since August 2019, the agency has been advocating the cancellation of methane emission thresholds for oil and gas industries, whereas it had itself set them in 2012 and 2016.

A drop in the ocean for the American Oil and Gas industry, which made more than 28 billion dollars in profit in 2018, but a terrible message sent to the international community, given that the oil sector is the largest contributor to methane emissions in the United States.

Following this proposed amendment, the Environmental Defence Fund (EDF) demonstrated that, in addition to offering a tax break to the oil and gas industries, this change to the current regulation would result in the emission of an additional 5 million tons of methane, the equivalent of heating more than 4 million homes.

While the fight against global warming involves citizens as economic actors, it mainly involves political power, which alone is capable of setting a common course. Today, President Donald Trump's policies threaten the viability of American climate initiatives by methodically undoing all the advances that had been made so far. Yet the task is huge and growing.

Methane leaks come from all links in the oil and gas value chain: production, collection, storage and distribution.

The number of oil facilities has also increased in the United States due to the shale rush. A US study has shown that the methane emitted during the hydraulic fracturing of shale gas has a different structure from that emitted during the extraction process of conventional gas or agricultural activities.

With this discovery, the study establishes a direct link between increased shale gas production and increased methane emissions in the United States.

Will the United States one day join the fight against global warming?

Since 1990, greenhouse gas emissions have steadily increased in the United States. At the same time, many oil companies persist in explaining that gas is the only viable vector for the energy transition. However, the climate pressure is such that there can be no “transition” solutions.

Today, a 36% share of the United States energy system is still dominated by primary polluting energy sources such as oil and 31% by gas. The United States is therefore very far from the objectives set by the Paris Agreement and does not seem to care about them in view of the massive investments made in recent years in polluting energies such as shale gas.

Not only are these investments changing the energy sector, but they are also disrupting downstream processing industries.  Indeed, the American chemical industry has invested nearly $200 billion in 2018 in facilities adapted to shale gas, and the trajectory is upward ...

In the short term, the main enemy of global warming is not carbon dioxide, but the other greenhouse gas, methane. Methane has a higher heating capacity and, above all, a shorter lifespan.

Therefore, if methane emissions stop, the gas in the atmosphere will dissipate faster than carbon dioxide for the same amount of time. It is therefore the quickest solution to significantly change the temperature rise curve. Unfortunately, the US government is deaf to these arguments.