After a first unsuccessful attempt in April in which the test capsule was destroyed, SpaceX finally managed to get a Crew Dragon to pass the static test of the exhaust system successfully. 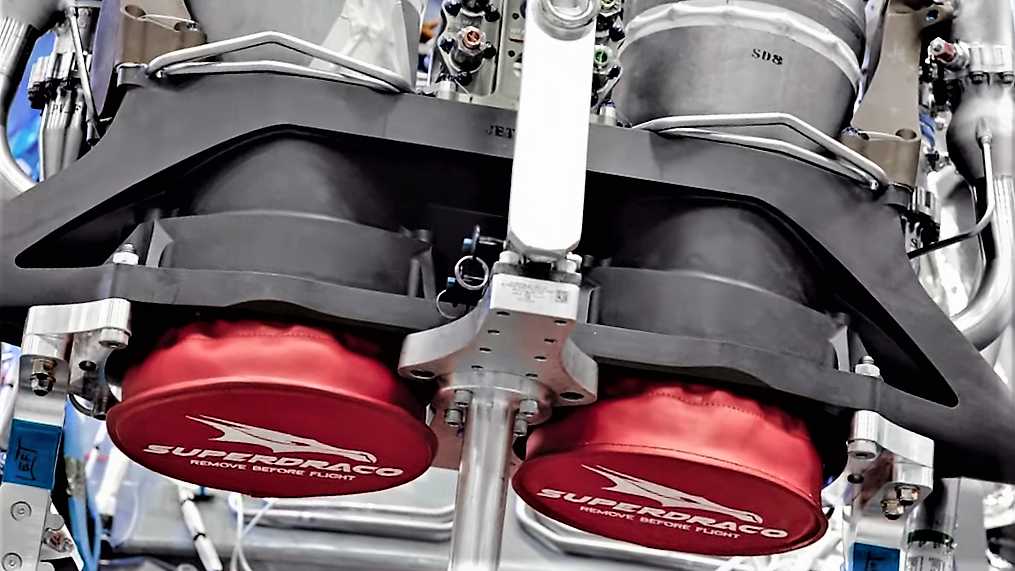 The test began with two ignitions of a second of two of the 16 Draco engines of the capsule.

The Draco is used to maneuver in orbit and to control the capsule's attitude, although in some cases, they would also be used to reorient it if it was necessary to activate the flight exhaust system.

After these ignitions, the eight SuperDraco engines were started for about nine seconds. The SuperDraco is designed to take the Dragon away from the F9 rocket in the event of an emergency after takeoff.

Immediately after the shutdown of the SuperDraco, two Draco was fired, and the covers of the eight SuperDraco were closed, imitating the sequence programmed in the exhaust system to reorient the capsule and place it in the attitude necessary to deploy the parachutes.

In total, it was about 70 seconds of tension for SpaceX and NASA as they checked that the modifications made to the Crew Dragon's fuel system after the April explosion had indeed corrected the problem that caused it to explode.

It is still necessary to analyze the data obtained during the test. Again, of course, the one that has not exploited anything makes it plausible that SpaceX can shortly carry out the flight test of the exhaust system, perhaps before the end of the year.

During this test, a Crew Dragon will be launched on a Falcon 9 the same as if it were a standard mission. Still, at the moment when the rocket is subjected to the maximum dynamic load - the moment in which the combination of forces acting on it is more significant - the exhaust system will be activated to see that it also works in flight.


If the capsule passes that test everything would be ready for SpaceX to launch the first manned mission of a Drew Dragon to the International Space Station, although it would still be a test mission; I would complement the one made in early 2019 with an empty capsule.

Boeing, on the other hand, decided not to test the exhaust system in flight - it was optional - so with the platform test carried out a few days ago, it has that aspect covered. But he still has to launch an empty Starliner to the ISS, something that is scheduled for December 17, before he can start the manned test mission.

At the pace things are going, it is unlikely that either capsule will be certified for regular missions before mid-2020.