They are known as Pliosaurs, and were at the top of the food chain on both land and sea during the Jurassic period. 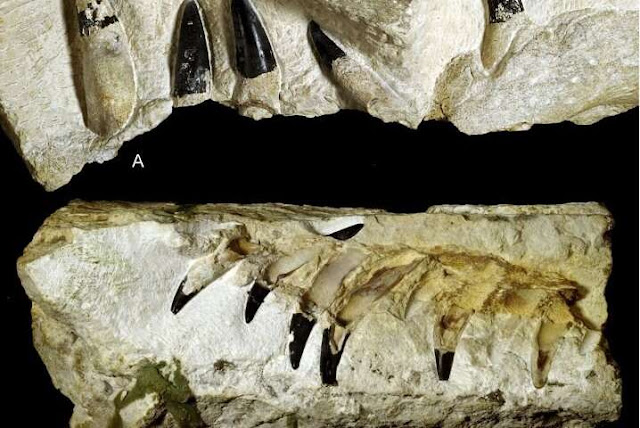 New marine reptile fossils from the Late Jurassic of Poland were found the current Polish city of Krzyżanowice.


A team of Polish paleontologists has found the fossils of a Jurassic sea monster, known as pliosaur, ten meters long and between 145 and 163 million years old. The finding has been made in a mountainous area of ​​present-day Poland .

According to Daniel Tyborowski from the Polish Academy of Sciences, these marine reptiles were more than 10 meters long and could weigh several tons. They had large and powerful skulls and huge jaws, with large and sharp teeth. Their limbs were shaped like fins. In Europe, they had previously been discovered in a few countries, never before in Poland.

The pliosaurs were at the top of the food chain during their existence, and some grew to twice the size of a modern killer whale and weighed several dozen tons. It is believed that they were the greatest predators of their time on land and sea.

Greatest predator of the Jurassic period

Previous studies maintain that the jaws of this marine reptile were up to two and a half meters long and were four and a half times more powerful than the jaws of Tyrannosaurus Rex.

In an article published in the scientific journal Proceedings of the Geologists' Association, Polish researchers reveal that, apart from the bones of a pliosaur, fossilized remains of other species have also been found, such as ancient crocodiles and turtles.

The remains have been found in a cornfield near the current Polish city of Krzyżanowice near Iłża in the NE margin of the Holy Cross Mountains in Poland. It is believed that this area was tropical during the time these creatures lived and was formed by an archipelago with lagoons and reservoirs of warm waters.
science