MIT engineers first showed their M-Block robotic cubes in 2013, and this week they presented a new stage in the development of robotic cubes. 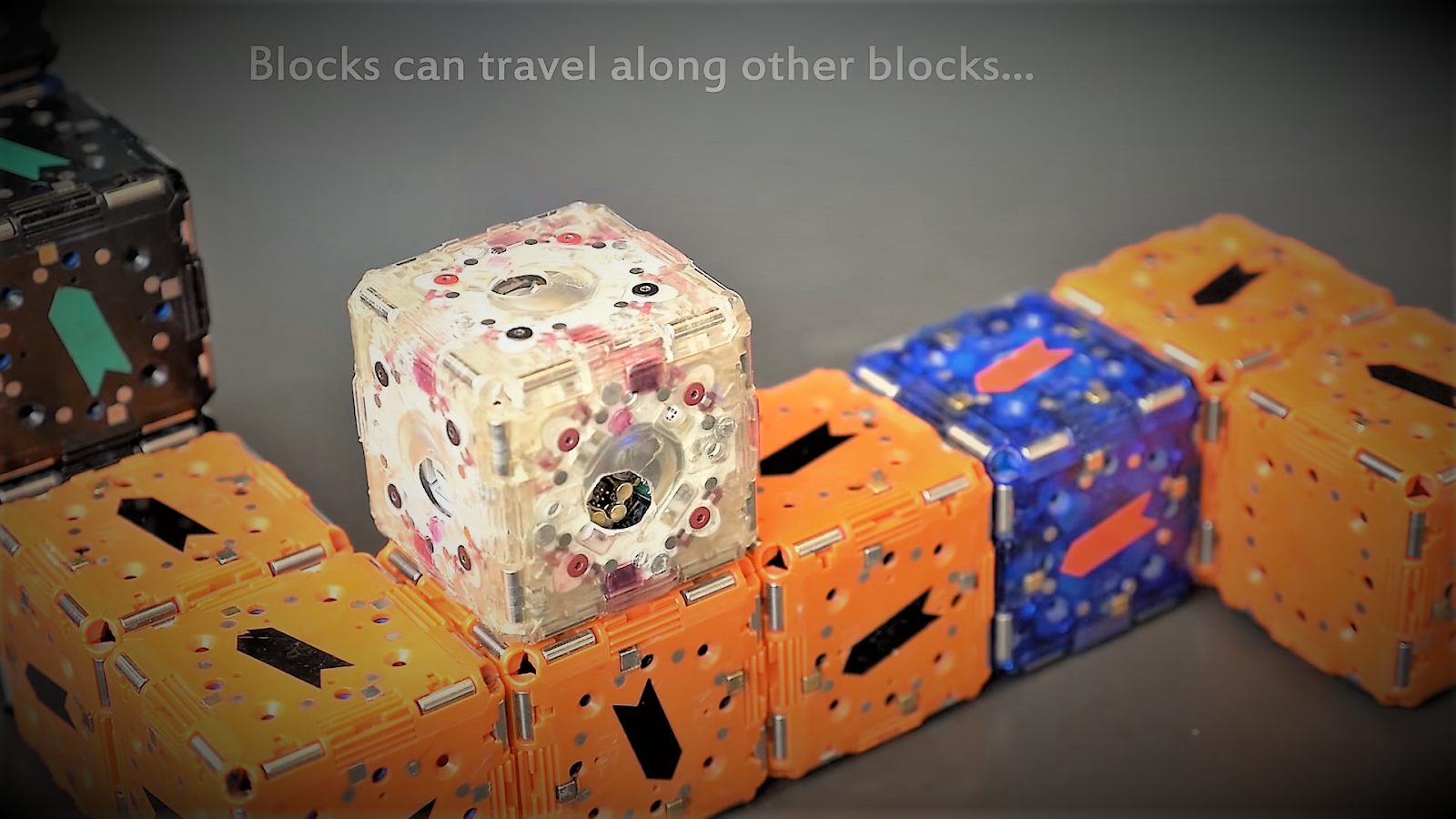 M-Blocks 2.0 Like the first generation robots, the new cubes are moved by an internal flywheel and can climb on top of each other using magnets. But they have an important new skill.

M-Blocks 2.0 have a specific feature that is similar to the barcode on each side, which they can "read".  This allows the cubes to move along a certain route and fit into the overall design in a way that is not chaotic, as it was done by the previous version of M-Block, but in a certain direction and in a certain place.

In addition, these cubes appear to act like a beehive's collective mind, and they can work together to find each other and line up in one design or another according to the program.

M-Blocks 2.0 robots are not just supposed to be a toy. Developers hope that their invention will be used in industries such as manufacturing, health care, and that they can also be useful for rescue services.

How? Imagine a burning building in which a staircase collapses. It is enough just to pile up the robotic tubes in this place and after a while they will line up in a solid staircase, which will be very convenient to take people out of the burning building.

Similar structures can be erected in nature, to overcome difficult places or tent erection, as well as in enterprises and even at home, where cubes can replace furniture.

Each M-Block contains a flywheel rotating at 20,000 rpm and magnets at each edge and front of the unit. This allows it to jump, crawl and rotate, as well as attach to other blocks. Thus, they can be combined to form new structures.

Other robotic systems have much more complex motion mechanisms that require many steps, but this system is more scalable and economical. The uniqueness of this approach is that the system is inexpensive, reliable and potentially easier to scale to a million modules.

Each module can move in 24 different directions and without protruding limbs, avoiding collisions and eliminating obstacles. The novelty is that the devices can now "communicate" with each other via bar codes. Scientists believe this is a more reliable way than infrared light or radio waves.

So far, 16 units can only create simple structures, but the next step for scientists is to increase the number of units that can be assembled into more complex structures with improved capabilities.

Earlier, scientists at Innopolis University learned to predict epilepsy attacks. This will be used to treat epilepsy