Since it's wicked-fast intensification earlier in the week from tropical storm to category 5 storm, Typhoon Hagibis has been spinning toward the north-northwest over the western Pacific Ocean. 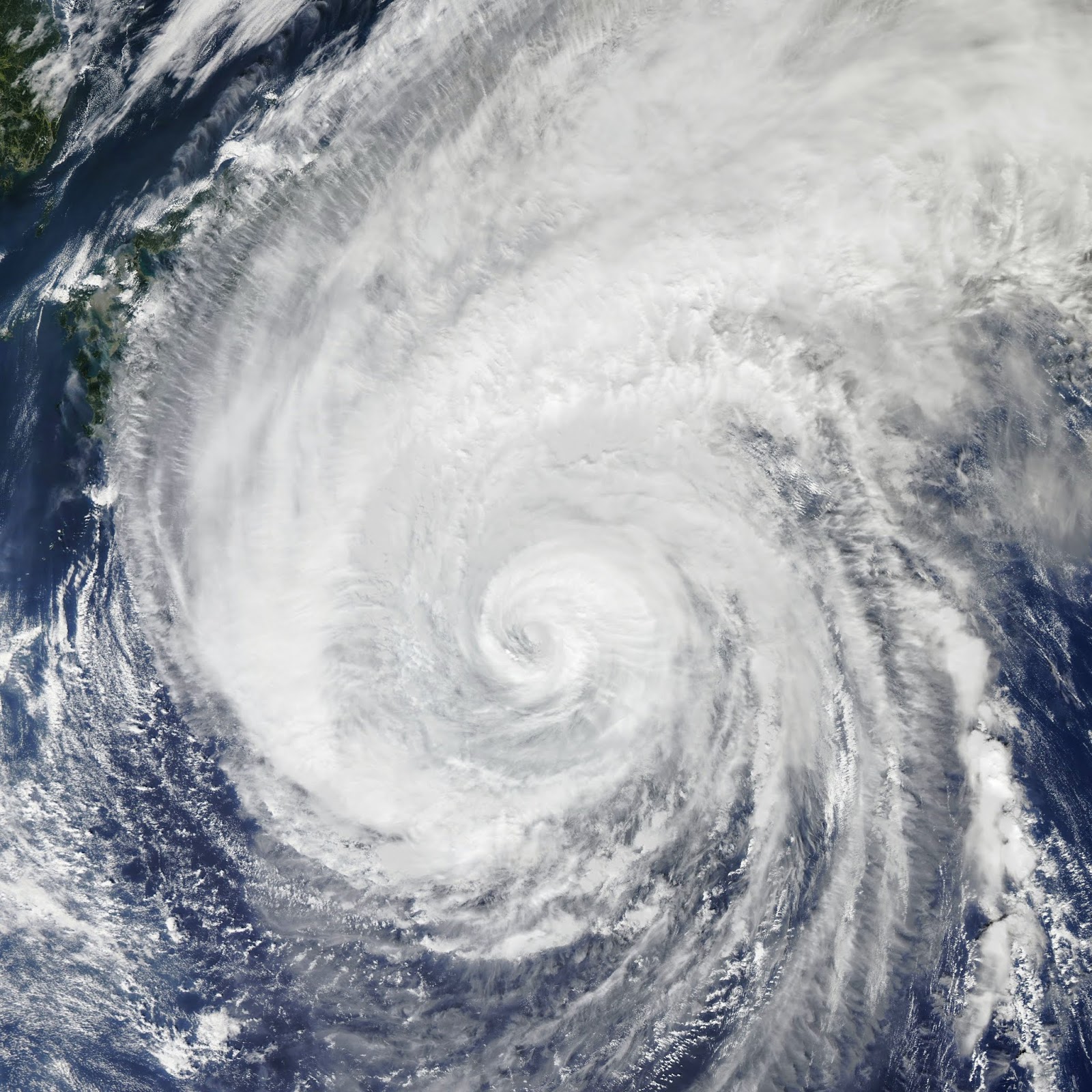 This image, acquired on October 11, 2019, by the Moderate Resolution Imaging Spectroradiometer (MODIS) on NASA’s Aqua satellite, shows the typhoon as its outer cloud bands neared Japan.

At the time (1:05 p.m. Japan Standard Time), sustained winds were 210 kilometers (130 miles) per hour. That made it a category 4 storm on the Saffir-Simpson wind scale.

Also impressive was the size of the storm, which according to news reports spanned 1,400 kilometers. For comparison, Honshu—Japan’s largest and most populated island—is about 1,300 kilometers long.

According to Patrick Duran of NASA’s Short-term Prediction Research and Transition Center (SPoRT) team at Marshall Space Flight Center, the storm was not always so wide.

On October 8, Hagibis was rapidly intensifying, so its eye was much smaller too. Duran noted that such tiny “pin-hole” eyes are usually seen in very intense tropical cyclones.

“The most unique thing about this typhoon is how rapidly it intensified to super typhoon strength early in its life,” Duran said.


The next day, the storm’s rapid intensification was interrupted by an “eyewall replacement cycle,” in which a new outer eye replaced the original inner eye.

As the new eyewall weakens the old eyewall, intensification usually slows down. “Even though the eyewall replacement cycle decreased the storm’s maximum wind speed, it also caused the winds to spread out over a larger area,” Duran said.


Forecasts call for Hagibis to make landfall near the central part of Honshu over the weekend and then spin northeast up the island.

Transportation has already been affected as flights were canceled and train service suspended.

Even after Hagibis moves away from land and people, scientists will likely continue to study the storm to learn more about its evolution.

For example, they already noticed interesting behavior during the eyewall replacement cycle, in which the old eyewall was orbiting around the inner boundary of the new eyewall.

“This phenomenon has been seen in some previous storms, but it’s a beautiful example of how complex the physics of eyewall replacements are,” Duran said.


The "Hagibis" typhoon began to hit Japan on Saturday, taking a first victim in the city of Chiba, located 40 kilometers east of Tokyo's capital .

In the Tokyo the capital and surrounding areas, fears of flooding in the low-lying areas below sea level have begun preparing for the arrival of the typhoon as early as yesterday, when it was ordered to cancel flights and trains. 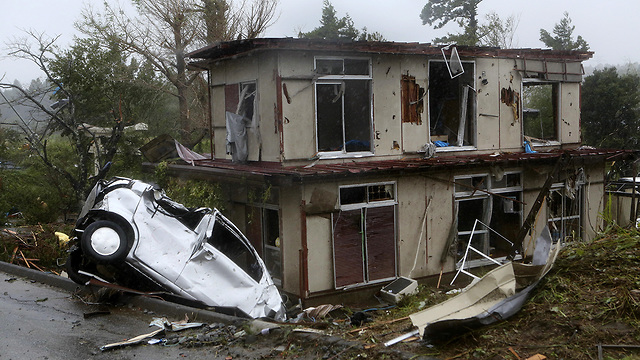 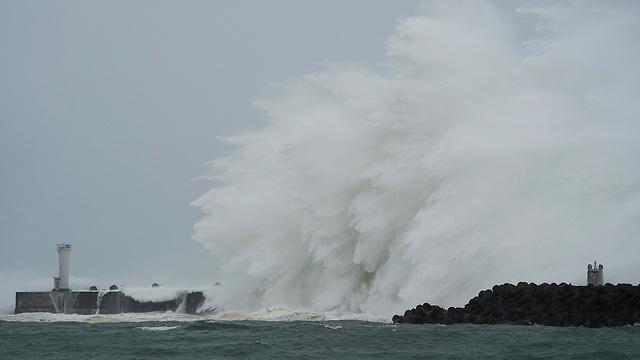 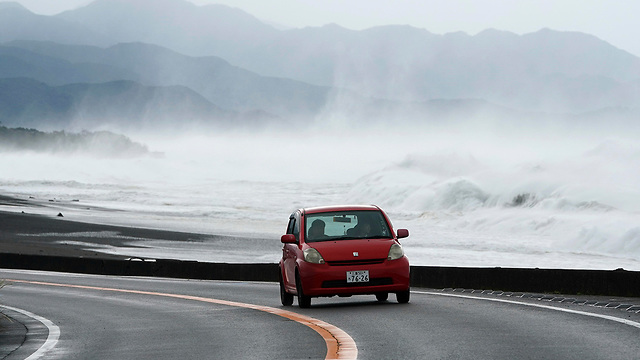 Emergency teams went on alert, Disneyland Park in the capital closed and Rugby World Cup games and Formula 1 races that were scheduled to be canceled today.

Some local authorities expected to suffer severe floods have issued a recommendation to residents to evacuate their homes.

The Japanese Ministry of Defense has even opened a special Twitter account, which will update aid efforts and provide information on japan typhoon to residents.

Typhoon Hagibis which means "speed" in the Philippines is expected to be Japan's strongest storm since 1958. 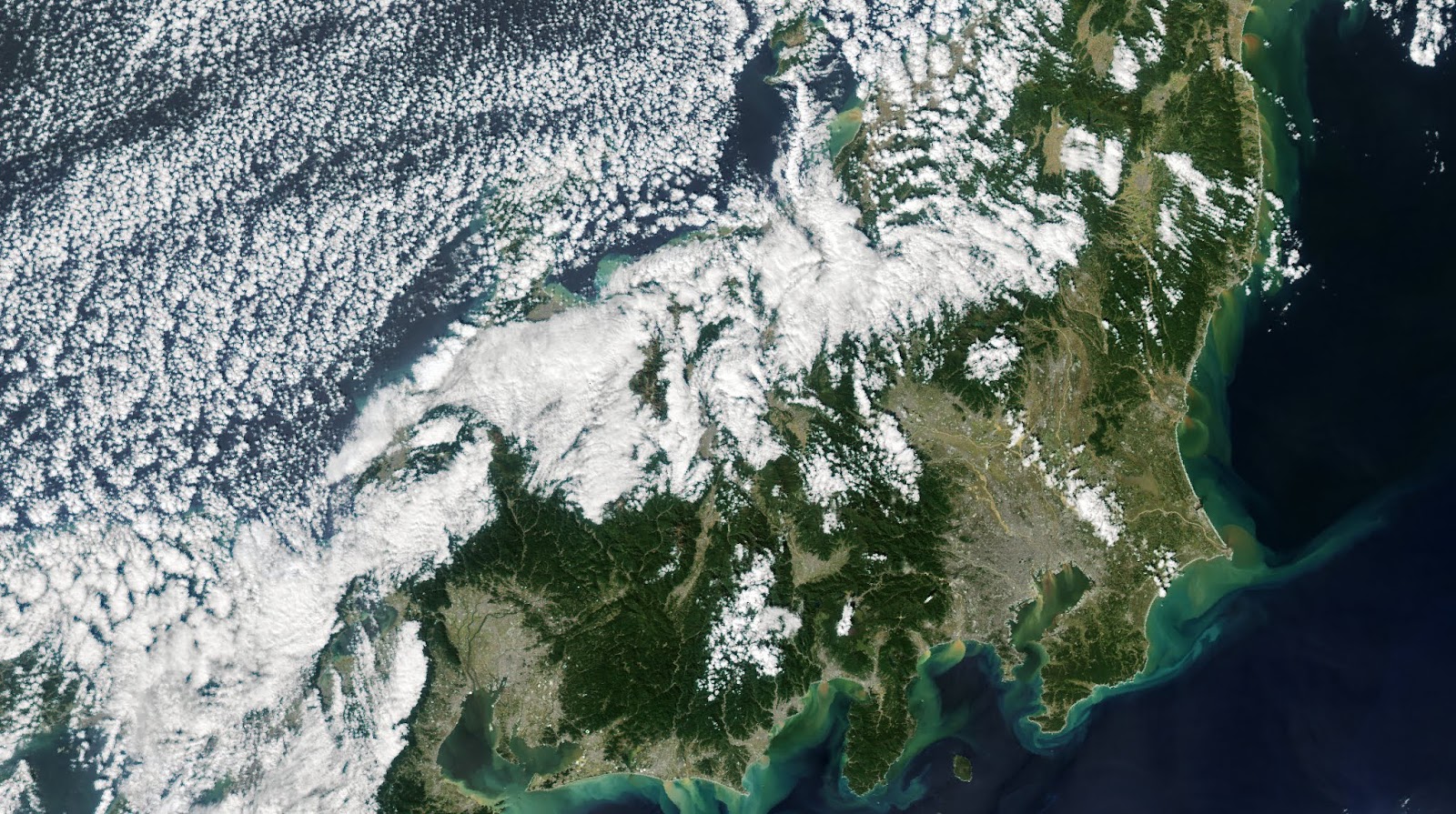 
After forming in the Philippine Sea and rapidly intensifying into a powerful category 5 storm on October 5, 2019, super typhoon Hagibis gradually weakened as it approached Japan.

Yet when the category 2 storm made landfall on the Izu Peninsula on October 12, its broad wind field and record-breaking rain devastated the island of Honshu.

The Moderate Resolution Imaging Spectroradiometer (MODIS) on NASA’s Aqua satellite captured this natural-color image of Honshu on October 13, 2019, after the last of the storm’s clouds had moved to the northeast.

Rivers and coastal waters that normally appear blue were instead brown with sediment knocked loose and washed away by the rush of rainfall.

Large plumes of sediment-rich water rushed into several bays along Honshu’s east coast, where it mixed and swirled with seawater.

While typhoons regularly hit Japan, meteorologists say Hagibis was particularly damaging because of the angle of its attack and where it made landfall.

Storms usually strike southern Japan first and weaken rapidly by the time they reach Tokyo and other population centers in central Honshu.

In this case, the storm stayed offshore until making landfall just 130 kilometers (80 miles) southwest of Tokyo.

When it made landfall, the storm was also interacting with higher level winds in the jet stream, which spread the strongest winds over a larger area than usual.

According to press reports, Hagibis caused dozens of deaths, hundreds of injuries, flood damage to at least 10,000 homes, and power outages in many more.

River embankments collapsed in at least 66 places on 47 different rivers and streams.

One of the areas hardest hit by rain was Hakone, which received 922.5 millimeters (36.3 inches) of rain fall in just one day.