WFIRST is similar to Hubble, but benefits from 30 years of technological development. It will view the sky on a scale never before accomplished from space.

The Primary mirror This is where WFIRST is closest to Hubble.

The same size and type of main mirror, a 2.4-meter precisely shaped piece of silver-coated glass
. 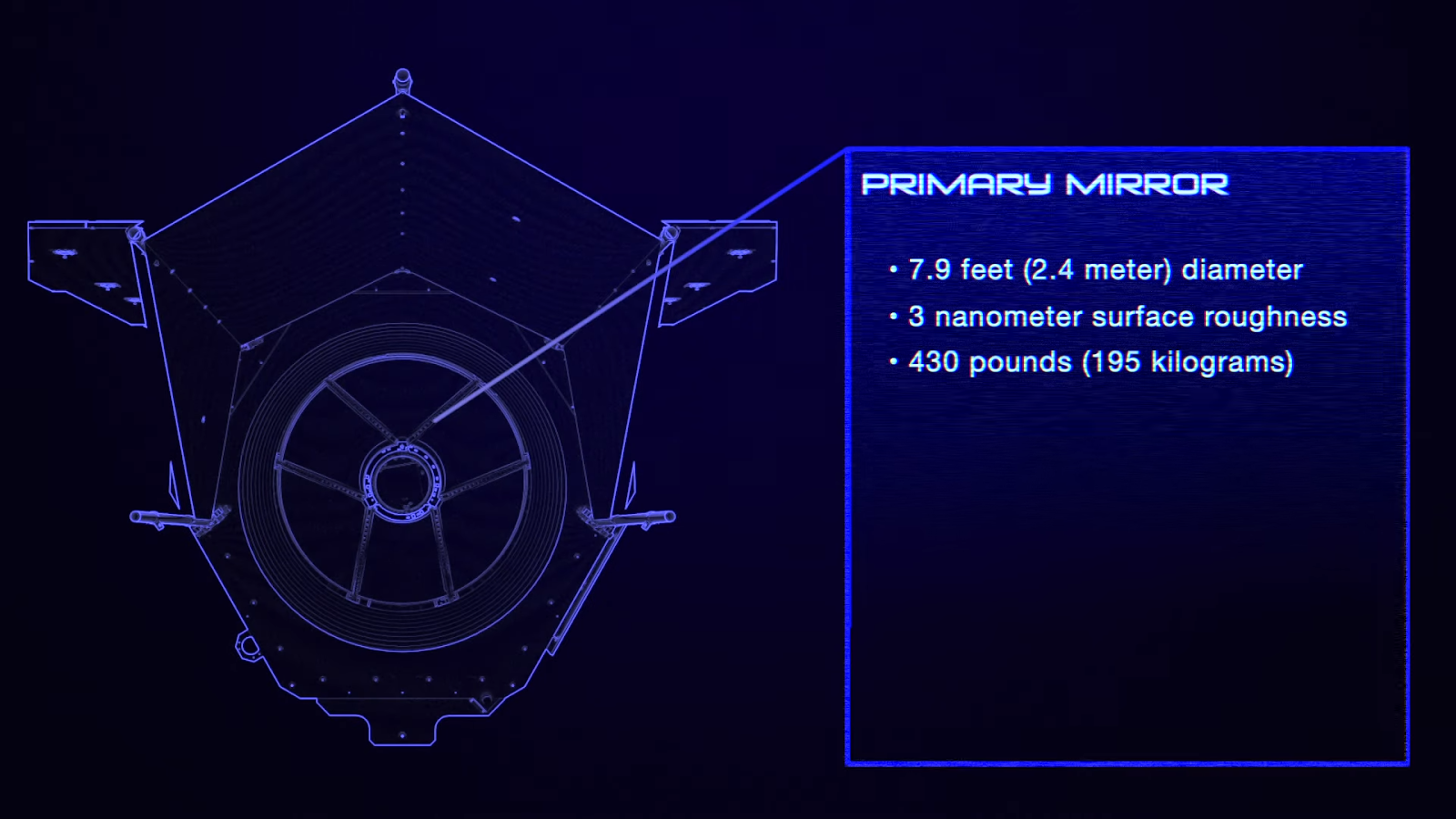 The size of this mirror is partly how WFIRST matches Hubble’s resolution. 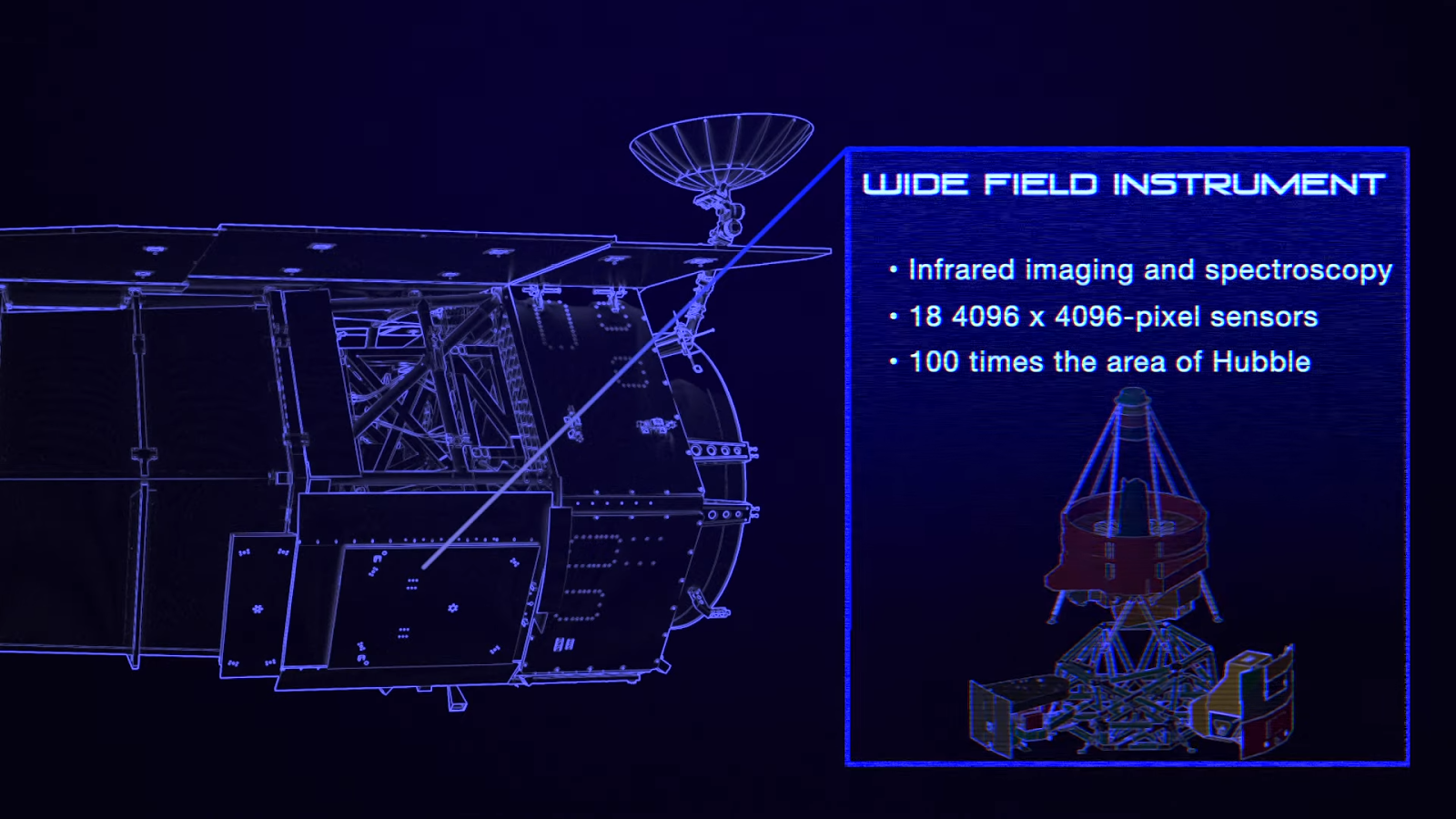 The Wide field infrared survey telescope main camera is the Wide Field Instrument which will take infrared pictures of the sky to study dark energy, observe galaxies and stars, and find exoplanets.

Each 300-megapixel image will enable scientists to study a large portion of the sky.

At WFIRST’s back is its primary means of communication with Earth, the High Gain Antenna. 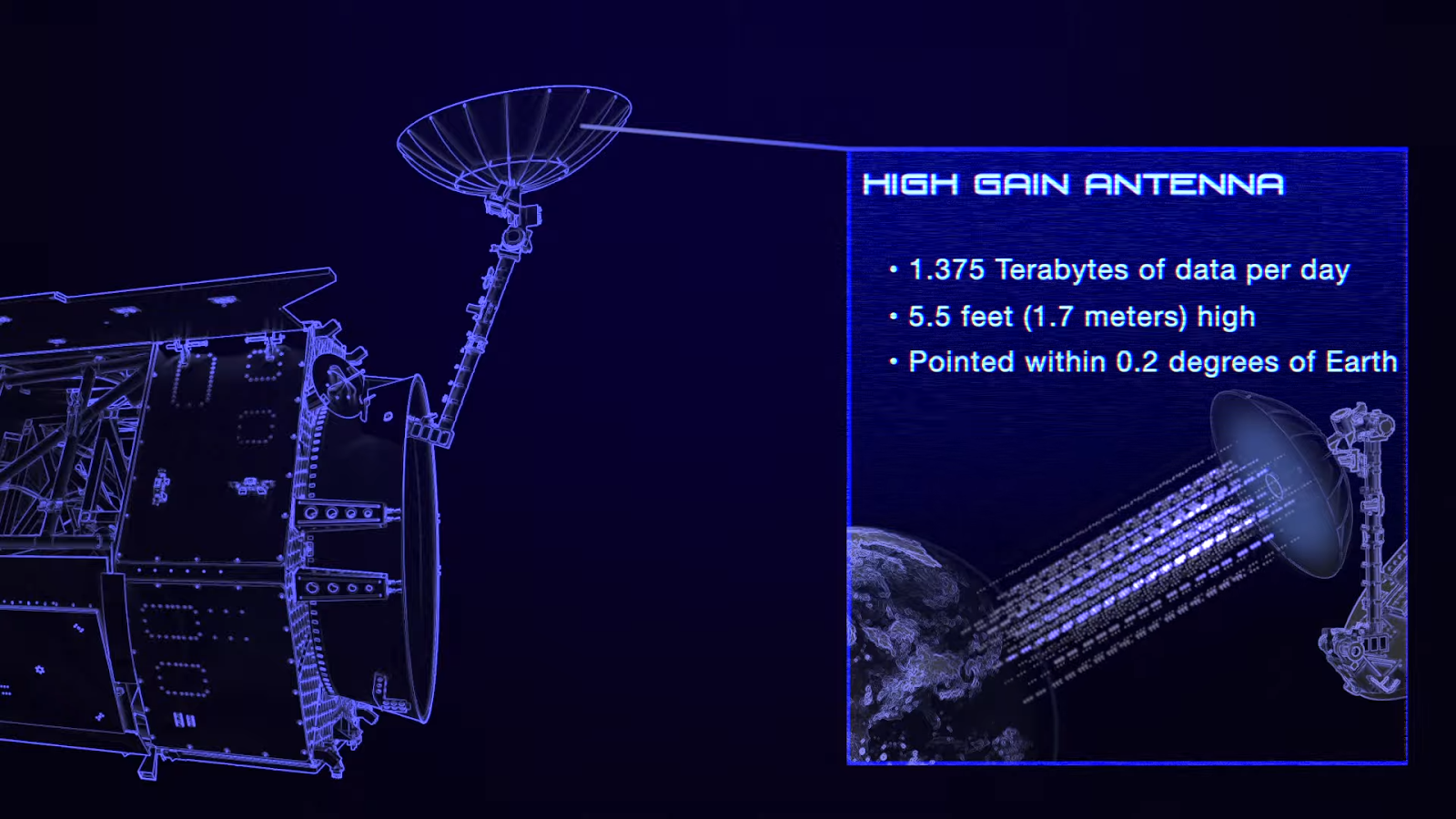 This antenna will be responsible for sending nearly 1.4 terabytes of data to ground stations every day. That’s the equivalent of 460 hours-worth of streaming video.


WFIRST’s critical systems, such as power and data handling, are located in six modules at the spacecraft’s rear. 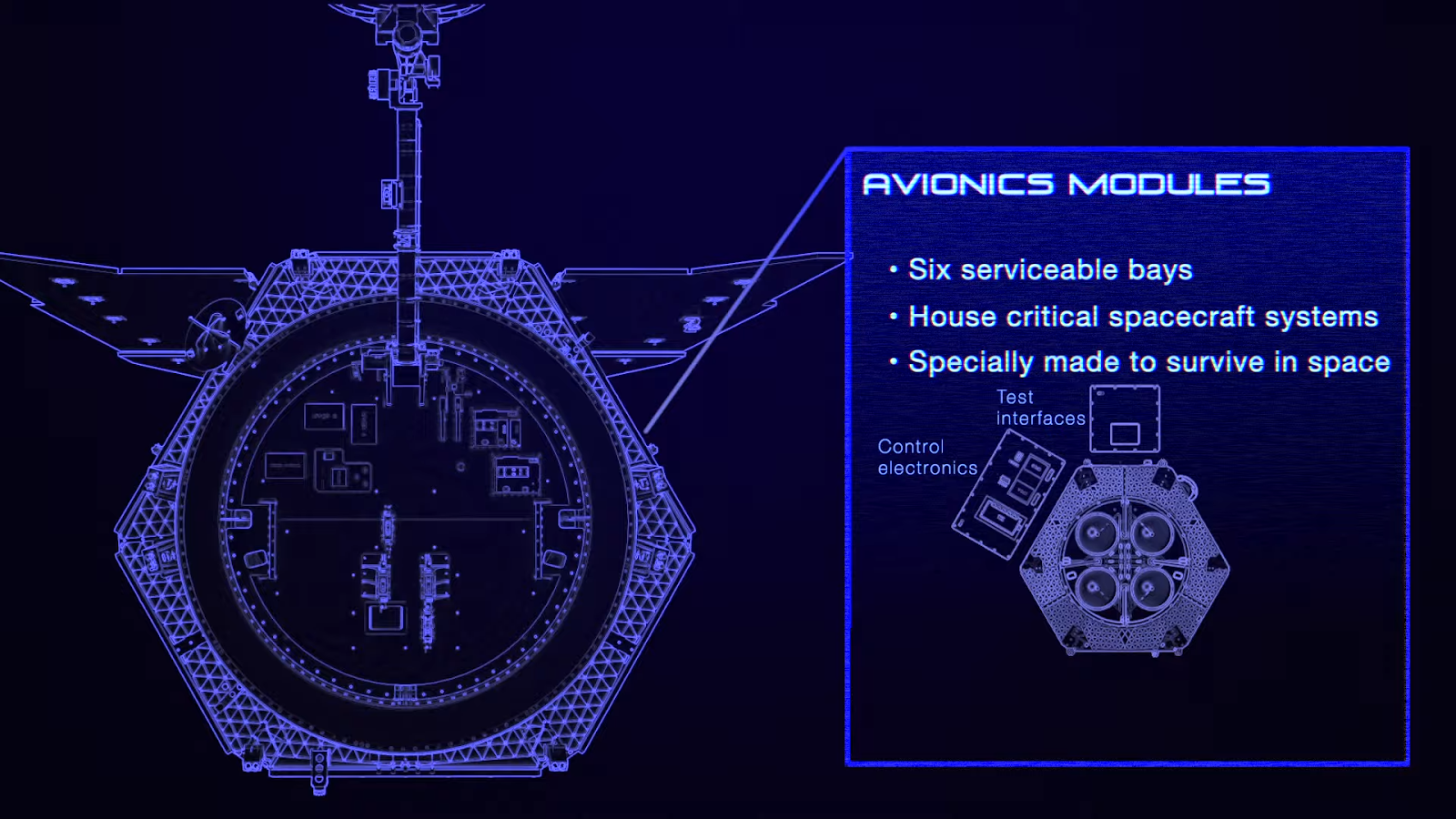 These include six rotating “reaction wheels” that control where the spacecraft points, nearly one ton of propellant for larger movements, and a 10 terabyte data recorder. 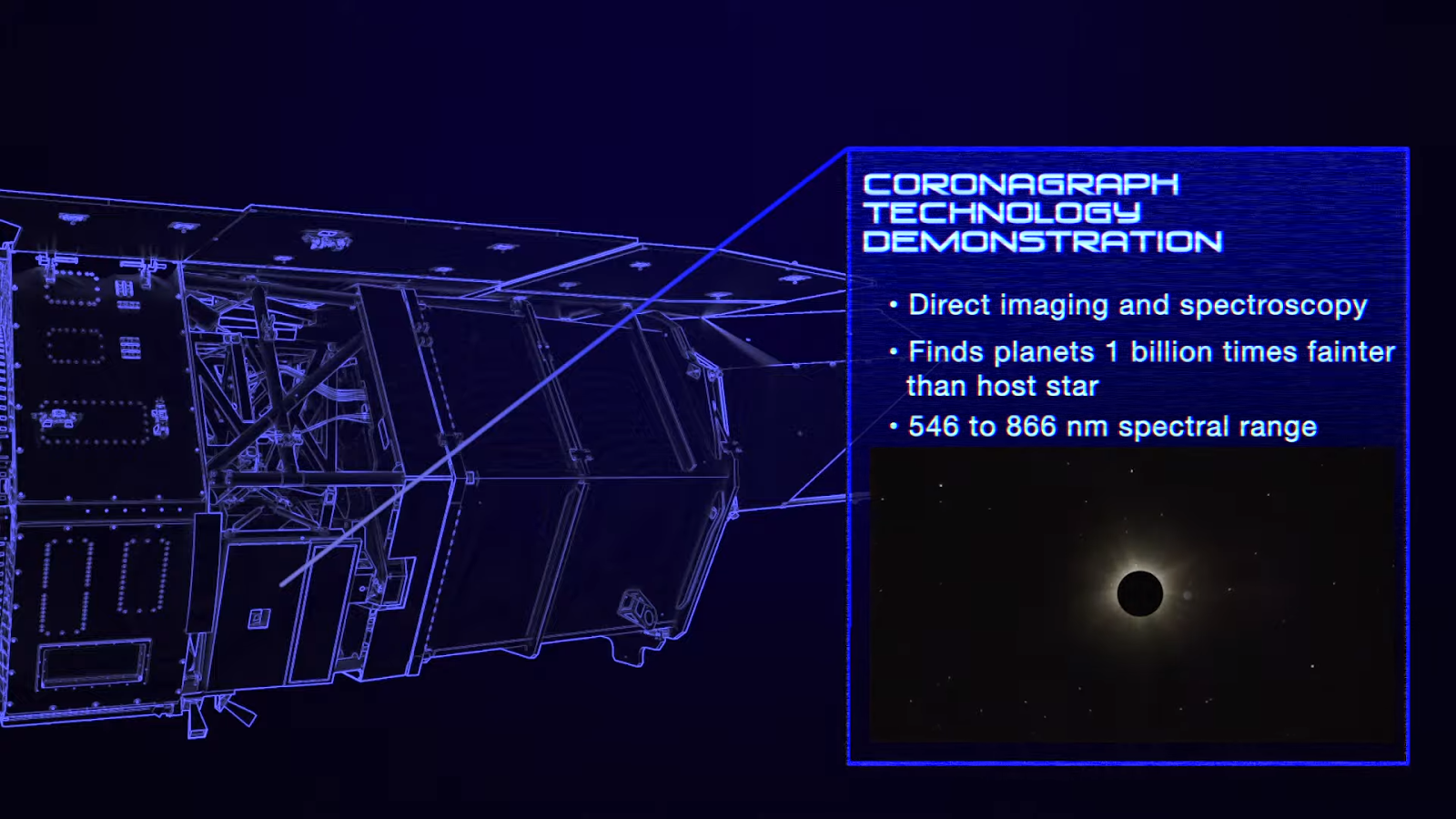 It will be the first time a space telescope has used deformable mirrors to precisely control the incoming light and special masks to block only the starlight.

This method will enable WFIRST to capture direct images of distant planets and analyze the light that is reflected off their surfaces, allowing scientists to learn about their composition and atmospheres.

The spacecraft’s solar panels provide its power by converting sunlight into electricity.

They also shade the spacecraft, helping to keep its instruments at their design temperatures.

The solar panels will be able to provide 4,100 watts of power, enough to run two commercial microwave ovens.

With all these systems working together, and in partnership with powerful future telescopes, WFIRST will be able to usher in a new era of studying our universe.