A surprising discovery by an international team of scientists may change our understanding of the formation of planets.

An international team of astrophysicists has discovered a large planet, more than half the mass of Jupiter, around a small, cool red dwarf star.

The new study suggests that planets are formed in a different way around small stars compared to the way they form around larger mass stars.

The research is published in the journal Science and was attended by Dr. Lev Tal-Or of Tel Aviv University and Dr. Aviv Ophir of the Weizmann Institute of Science.

The star GJ3512, which lies about 30 light years from us, is a red dwarf star - a relatively cool, dull and small star whose mass is about one-eighth of our solar mass.

In the new study, they estimate the mass of the discovered planet is at least half the mass of Jupiter.

It orbits it at a distance similar to the distance that Mercury orbits the Sun.

About a third of the distance between Earth and the Sun - and its year, that is, the entire orbit, lasts about 200 days.

This is a relatively small distance to our solar system, but very large compared to most planets that are discovered around red dwarfs.

Stars like our Sun have a much larger mass than planets, and are capable of producing light and nuclear fusion in their cores.

Planets, on the other hand, are relatively small bodies that do not produce light and usually orbit stars.

Mercury's sun and orbit (above) versus GJ3512 and its planet | IEEC, SpaceEngine.org

The fact that the red dwarf star GJ3512 is close to us relative to the galactic distances has enabled researchers to make accurate measurements, which are difficult to perform on red dwarfs whose light intensity is very low.

In most cases, planets that are discovered around red dwarfs are discovered with "Transit Photometry": they hide a little of the light as they pass between us and the star, and the cyclic decrease in light intensity makes it possible to calculate details about them.

To discover or explore planets by this method, they need to be close to the star they orbit, and even then the viewer must be at right angle to measure the drop in light.

Kepler Space Telescope has discovered thousands of planets around other stars in this method.

Apart from the transition method, the most common method for detecting planets in other solar systems is the radial velocity method.

This method measures the speed at which the planet itself moves due to the gravitational pull.

In the new study, scientists took advantage of the fact that the red dwarf was relatively close by and was able to perform accurate spectroscopy of its characteristic wavelengths.

They found that the star changes its velocity in a cyclical manner, which indicates the existence of a large planet.

The measurements were so accurate that one can see the effect of another, farther planet, which also contributes to the movement of the red dwarf.

The properties of the second planet are less clear, but it is probably smaller than the main planet discovered. 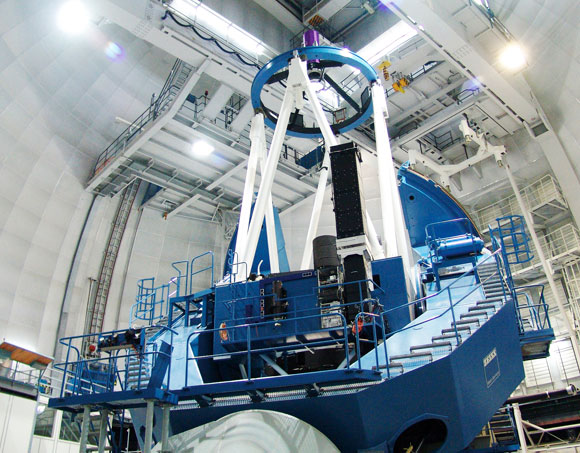 The importance of the new research lies in the existing models that explain the formation of planets.

According to popular belief, planets are formed from a collection of dust particles that accumulate into small rocks and eventually form cores of planets, which continue to collect all the particles around them.

According to such models, it is difficult to create a planet the size of a Jupiter around a small red dwarf like GJ3512.

The alternative explanation is that the planet is created from the same gas cloud that created the red dwarf itself.

In the process, the cloud breaks down under its own gravity and various parts of it collapse and converge into a number of small bodies.

Most of the stars in the galaxy are red dwarfs, and in recent years there are also more and more small planets, twin orbits, that seem to fit into a theory as we know them.

Therefore, it is of great importance to our understanding of how most planets in the galaxy are formed, which will also enhance our ability to discover more such planets.