A new scientific review of 6,000 genetically modified corn studies in the last 21 years

Genetically modified crops have been criticized by environmental organizations for many years, although many studies have proven their safety. 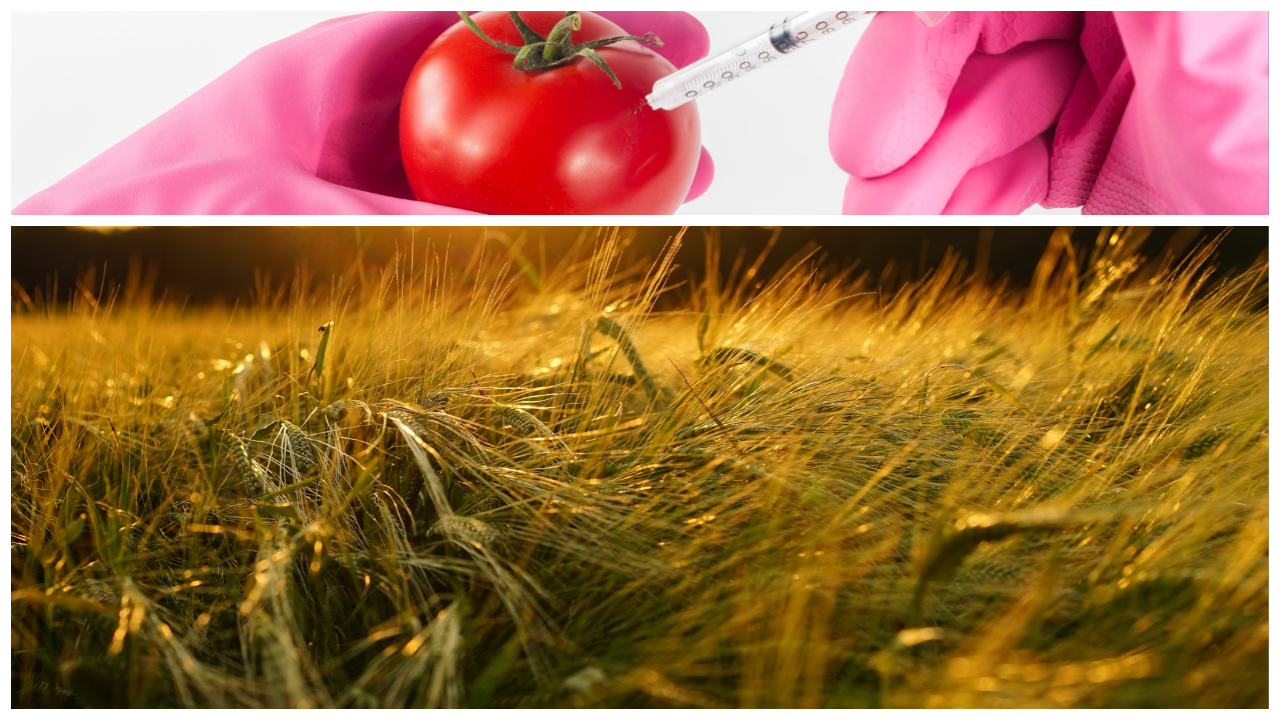 The researchers found that the crop of genetically modified corn was 10 percent higher than the corresponding non-modified corn crop.

The concentration of nutrients in the different species was the same, meaning that a farmer who sows genetically modified corn in his fields will receive a healthy and nutritious crop in 10 percent more of the "natural" species.

The farmer will not have to expand his fields, invade protected forests or hit the environment to increase the crop - he can simply use genetically modified varieties to achieve the same goal. Thus, the use of genetically engineered corn helps preserve nature more than its natural counterparts.

In contrast to the concerns raised in the past, genetically modified crops do not harm the biological diversity of the environment. Although certain species have been engineered to poison the insects that attack them, they do not harm other types of insects.

Genetically engineered varieties are also healthier for humans because they contain lesser amounts of Mycotoxins.

Well, these are carcinogenic toxins. They are secreted by fungi that attack the corn fairly routinely.

The fungi are more successful in attacking the non - modified corn cobs, since they suffer more from insect attacks, and have difficulty dealing with the double onslaught of fungi.

As a result, the natural corn contains larger amounts of Mycotoxins than that of the genetically engineered corn that is more resistant to insects - and, as a result, to fungi.

These results are valid only for genetically engineered corn, but they correspond to other similar findings in other genetically modified crops.

So there is no surprise here for those who have been following the debate around genetically engineered crops in recent decades. "Genetic engineering" is just a buzzword for a variety of highly efficient technologies that allow us to engineer plants to give them certain properties.

The older techniques for plant breeding were much more random - and as a result, they had always carried the fear of developing harmful mutations along the way.

Why genetic engineering is the best choice among the other bad alternatives?

The main advantage of genetic engineering over other cultivation methods - such as mutagenesis and the use of radiation, which is rarely mentioned in the media - is that in this method, the cultivator knows exactly what change he makes in fruit or vegetables, and where exactly this change is located.

DNA is like a recipe book - every gene is a recipe, and there are mechanisms present in the cell that translate specific genes to attributes which are expressed in the organism. There is also a mechanism that identifies foreign DNA, a kind of 'liquidation list'.

For example, if there is a disease that affects a certain crop and causes severe damage, genetic engineers might add this specific virus to the plant's "liquidation list", so that the cell would see it as a foreign body to be destroyed.

In this way the plant becomes resistant to the disease. Thus, genetic engineering is the safest method to do this without affecting other traits in the plant.

In contrast to GM, other methods of cultivation that are used today, break the DNA into pieces. For example, the radiation method involves exposing the crops to radiation, such as gamma rays, to cause mutations.

Of course, this method is unpredictable, the change is random, and out of a 1,000 varieties of the same plant the farmer might get only one that happened to come out well. Another method currently used is a method called Mutagenesis, in which a chemical is inserted into the DNA, where it disrupts a million different letters - such as spelling mistakes in a book.

When the gene is inserted in the right place and in a controlled manner, engineers can control that the mutation will come out positive rather than random - that's genetic engineering. The other methods are looking for a random spelling error, out of a lot of bad mistakes.

What are the shortcomings of genetic engineering?

One of the claims against genetic engineering is that it causes overuse of herbicides: due to the herbicide-resistant gene more pesticides are used because once the plant is not at risk of the herbicides, the farmer tends to be less careful and use much more of the substance.

In this context, the main concern is to produce herbivorous varieties that are resistant to the herbicide. The solution for this problem could be to use a different herbicide every year. Moreover, it's a problem not specific to genetic engineering; when farmers use the same substances again and again, regardless of GM, some plants will develop resistance.

Another concern is the "leakage" of genetically modified genes from the fields to the environment. This is a concern that exists in all cultivation methods, but the risk when employing GM methods is slightly higher.

However, there is a solution to this problem as well; an American corporation has developed a gene that ensures that the seeds in which the gene was planted may breed, but their offspring will be sterile. In this way - even if the seed finds its way outside of the field, there is no danger that it will spread.

This gene was banned because farmers resisted buying seeds that could not produce continuity.

Prima facie, since a farmer who buys seeds from the corporation signs a contract that allows him to use the seeds during only one sowing cycle, this is a meaningless step, the only result of which could have been protecting nature from the "leakage" of genes that are foreign to it.

Overall, GM has more benefits than shortcomings; we do not want to contaminate the land and groundwater with more chemicals.

We want to be able to fight diseases and genetic damages, so that the plant will be resistant to them. All this requires intervention. The trick is to do it in a way that will do the least damage.