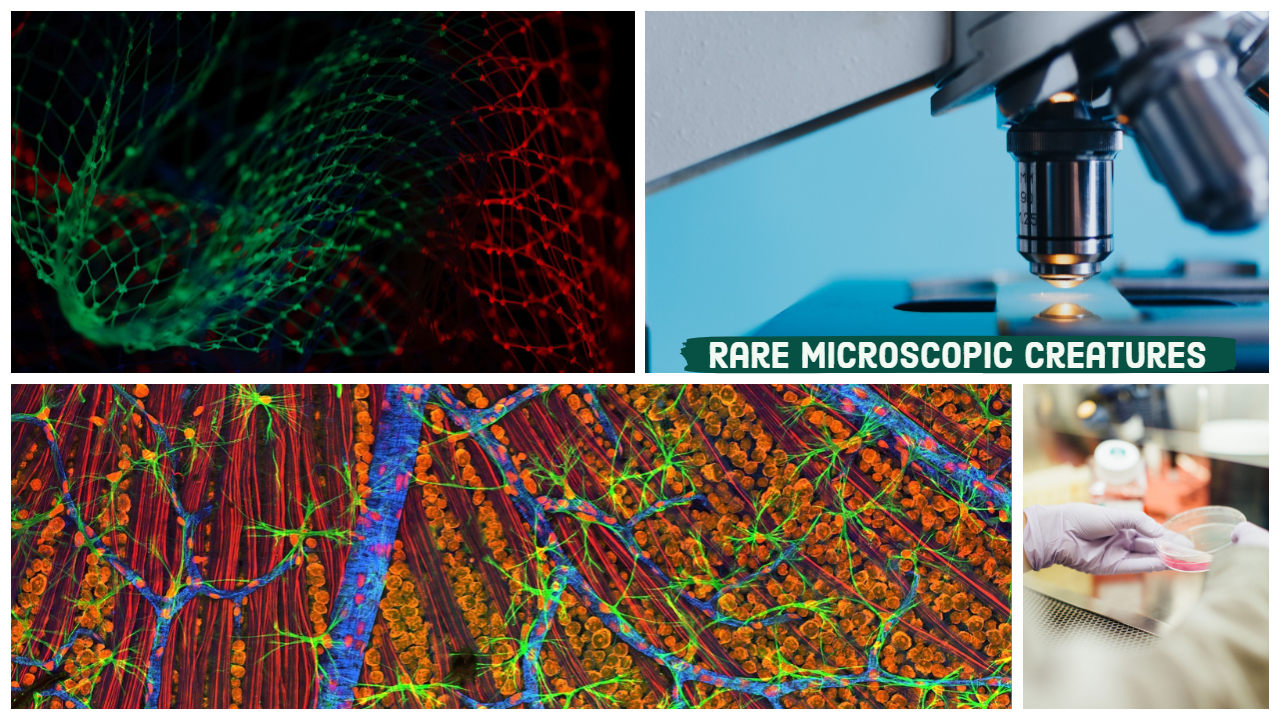 Biologists use a method called systematics to classify living organisms into groups and explore their relationship. For example, the lions are species of the genus Panther, belonging to the cat family, belonging to the mammalian department, which belongs to the animal kingdom.

The classification indicates a connection to a common ancestor and a level of "familial" closeness among various creatures, including those already extinct, and by means of which a sort of a family tree called "an evolutionary tree of life" is created.

A few years ago, Y. Eglit, a student from the University of Deliose, Canada, traveled across Nova Scotia and collected dirt from the area. When she returned to the lab, she poured the dirt into the water, looked at it under a microscope, and found a strange creature, like a half - open pistachio shell from which tiny hairs called flagella emerged.

Most of the microscopic creatures with a flagellum move it in coordinated movements, but this creature waved its flagellum randomly.

She remembered that she had seen a similar movement in the past, in a rare creature called Hemimastigote, a microscopic, single-cell microscopic creature. As she continued to examine the specimen, she found another creature, of a similar kind, but unknown to man as of today.

Eglit also documented the way they hunt other microscopic creatures with the help of their flagellum. With knowledge of their diet, Eglit and her partners managed to raise and multiply the creatures in the laboratory.

This type of species, the Hemimastigotes, were first discovered and described in the 19th century, but so far no one has understood how they fit into the evolutionary tree of life.

In the last hundred years, several Hemimastigotes have been described. In the past, when sorting was done by external appearance only, they could not sort it out.

Even today, when genetic methods are already accessible to scientists, elementary sorting has not been possible because they are so rare that there are not enough of them to produce enough DNA for research.

The new study was able to do this for the first time using a new technology called single-cell transcriptomics, which allows DNA to be studied even with only one cell.

The researchers found that they did not belong to any existing group.

It was clear to the researchers that Hemimastigotes do not belong to any kingdom or even to a supergroup of several kingdoms together, such as the one that includes both fungi and animals, a group in itself - a branch of the tree of life that was separate from the rest for a long time.

According to the researchers, this discovery opens a door to understanding the evolution of complex cells and their ancient origins, long before plants and animals appeared on Earth.

Critics of the research argue that this division into groups depends on the criteria of belonging to the group that is determined by the researchers, so that the Hemimastigotes may belong to an existing group that is not defined yet.

However, they also admit that the study is important because for the first time they have been able to multiply the Hemimastigotes in the lab and explore their DNA, which is really very different from that of other creatures.