on January 04, 2019
The New Horizons spacecraft was launched in 2006 to probe the planet Pluto. 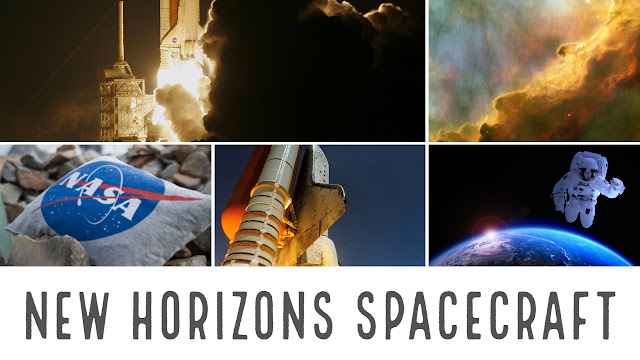 After almost a decade of flying, she passed by him in July 2015 and took a close look at Pluto and his moon. Long after the transition, the spacecraft continued to transmit images of Pluto and other information about the planet and its moons.

Pluto is the largest known object in the area known as the Kuiper Belt, a vast area containing asteroids and other celestial bodies in the outer part of the solar system.

After the passage near the dwarf planet, the plan was for the spacecraft to take a closer look at other objects in the Kuiper belt, and the search for the next target began before it approached its original destination.

The object eventually selected was discovered in 2014 by observations of the Hubble Space Telescope, made just for this purpose.

Its official name is 2014MU69, and the name is expected to be approved only after the spacecraft passes by it.

The discovery is little more than the very existence of this body and the calculation of its orbit, so that it intersects with the orbit of the spacecraft, which is moving away from the sun at high speeds, and its ability to change direction is very limited.

After no ground telescope could detect any relevant celestial bodies in the Kuiper belt, because of the enormous distance, the researchers turned to the Hubble space telescope.

Although the distance between it and the ground telescopes is only about 500 kilometers, Hubble can see far further because it is outside the atmosphere and does not distort the light that reaches it.

The reflected light from Oltima Thula is so weak that most of the observations are not direct: in telescopes that are not in space, including the SOFIA telescope installed on a plane, the researchers only detect it when it hides the light of distant stars.

This is a very challenging observation method, which requires a very accurate timing of observation and viewing from the right angle. Therefore, since its discovery, only a few observations have been made.

The researchers estimate that Ultima is a 20-30 km long. Some observations suggest that it may have a general shape of two connected balls, and some researchers have speculated that they are not connected, but circulate around each other at a very short distance.

According to the route calculations, it completes the sun's orbit every 296 years (Pluto's orbit lasts 248 years), about 6.5 billion kilometers (about 43 times the Earth's distance from the Sun).

Ultima Thule is, of course, a much smaller body, but researchers still expect the spacecraft's sophisticated cameras to provide them with high-quality images from far away that will make it possible to see details about 30 meters across the tiny sky.

Because the spacecraft is moving at a speed of more than 14 kilometers per second, the entire passage will be very short.

However, because of its enormous distance from Earth, it will take no less than six hours for the signals to reach us.

During the short transition near Ultima Thule, the spacecraft will take many pictures and measure additional data such as temperature, radiation, particle concentration in space and more.

After sending the first images immediately after the transition, the spacecraft is expected to continue transmitting data and information to Earth for almost two years, until September 2020, due to the limited bandwidth that prevents it from sending all the information in a short time. The researchers hope to learn from this data many details about Ultima Thule: its structure, its chemical composition, its rotation, whether it contains gases or other particles, and more. Based on this information, the researchers will try to better understand the history of the Kuiper belt and try to complete the picture of the formation of the entire solar system.

After the transition, New Horizons will continue to move away from the sun at tremendous speed - more than 50,000 kilometers per hour.

However, in the coming years the spacecraft is not expected to meet any additional planetary objects.

For now, its mission is scheduled to end in mid-2021, but if its devices continue to function, NASA may try to locate another body in the Kuiper belt and direct it.

In 2038 the spacecraft is expected to reach across the Kuiper belt and leave the heliosphere - range of the solar wind - to the interstellar space.
Latest science and technology news nasa space