How the Moon causes tides in the oceans on both sides of the Earth at the same time. 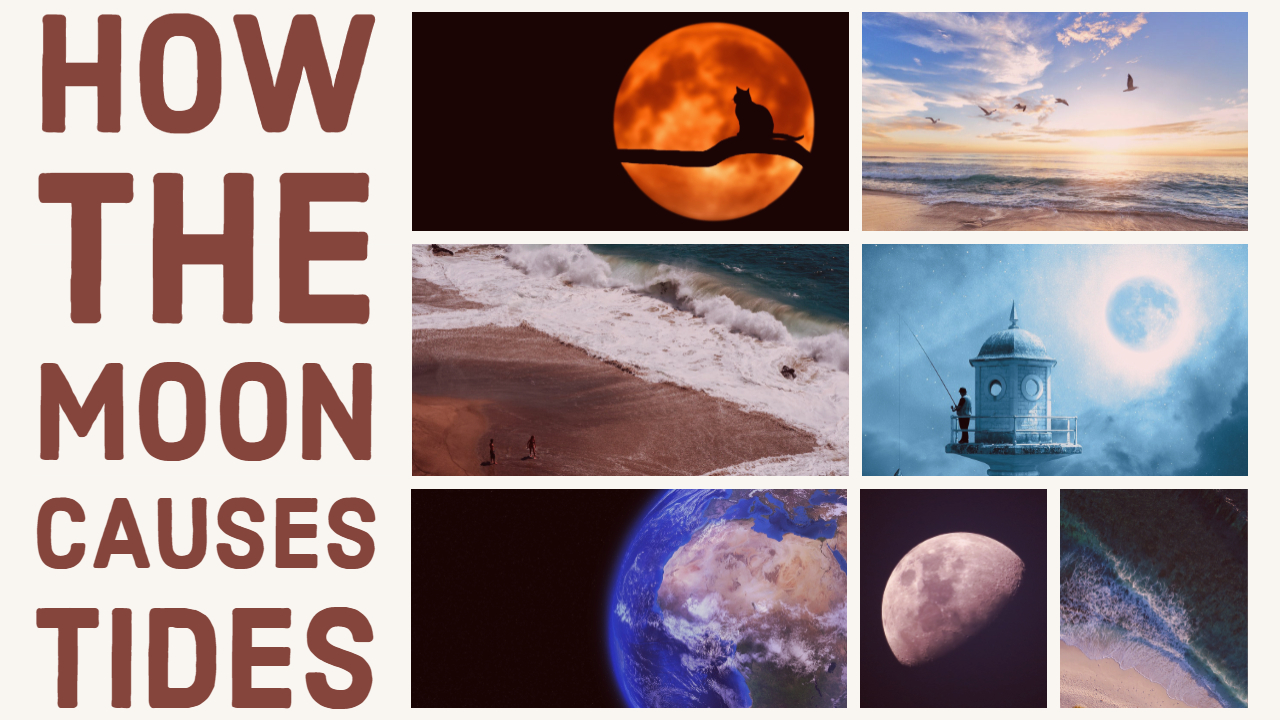 Tides are cyclical changes in sea level, caused by the influence of the moon's gravitational force on Earth.

At any point in the world, the tides occur twice a day, in cycles of 12 hours and 25 minutes, half the time it takes for each point on Earth to pass in the area closest to the moon. At any given moment, the tide occurs in two separate regions of the earth.

One is on the closest side to the moon, the other on the opposite side, the farthest from the moon. The tide can be equated with a kind of ellipse of water revolving around the solid earth, whose long axis is always parallel to the axis connecting the center of the earth to the moon.

There is a misconception that the gravity of the moon is the one that "draws" water.

But in fact, changes in the surface of the oceans occur as a result of another physical phenomenon, which explains why the tide is also occurring on the side of the Earth far from the Moon, a fact that the moon's gravity does not explain.


Every point on earth "feels" the moon's gravity with a different intensity?

The closest point of the moon to the surface of the earth will feel the strongest gravity, while the opposite point, the farthest, will feel the weakest force.

It is the lack of uniformity of the gravitational force acting on the Earth that causes the tide phenomenon, which is explained by the tidal force.

The tidal force operates at a different intensity on every point on earth. It is calculated by the average gravitational force of the moon (which is felt in the center of the earth) by the force of gravity that is felt at each point.

Since the nearest point to the moon has a gravitational force greater than average, it will "stretch" toward the moon.

However, at the farthest point, where the gravitational force acting on it is smaller than the average, the force calculation thus gives a negative result, and indeed this point is stretched far from the moon.

The space around the Earth, located at 90 degrees to the axis connecting the center of the earth and the Moon, acts roughly equal to the average gravity, canceling each other.

Therefore, this area, which stands at the axis of the earth and the moon, seemingly acts as the gravitational force of the Earth alone, and is "pressed" to its center.

These are minor changes, but with the vast surface area of ​​the oceans, and the ability of the water to move relatively easily, make these changes stand out and create the tidal cycles that characterize it.


Why don`t we see tidal cycles in the lakes as well?

The power of the tide does indeed work on lakes, and indeed on every other body on earth. But the limited surface area of ​​the water in the lakes does not allow them a range of motion wide enough to create significant level differences between their two banks.

In the Great Lakes in Michigan, which are among the world's largest lakes, tidal cycles occur, causing a few centimeters of surface change, but light winds are enough to make waves higher, and the tide is not actually felt.

All the oceans are interconnected, and according to logic, we would expect the altitude differences generated during the tidal cycles to be identical at each point along the beaches around them.

But the actual situation is not the same, and in each coastline on the Earth there are different levels of change. The factors influencing the range of change are the volume of water near the coast and the geography of that region.

In shallow and open bays, there will be bigger level changes, such as in the Gulf of Fundy in eastern Canada, where tidal waves generate changes of more than 16 meters, the largest in the world.

The tidal force affacets not only the oceans, but also on the atmosphere and, to a certain extent, on the Earth itself, which sometimes causes earthquakes, or perhaps we should say: moon quakes.