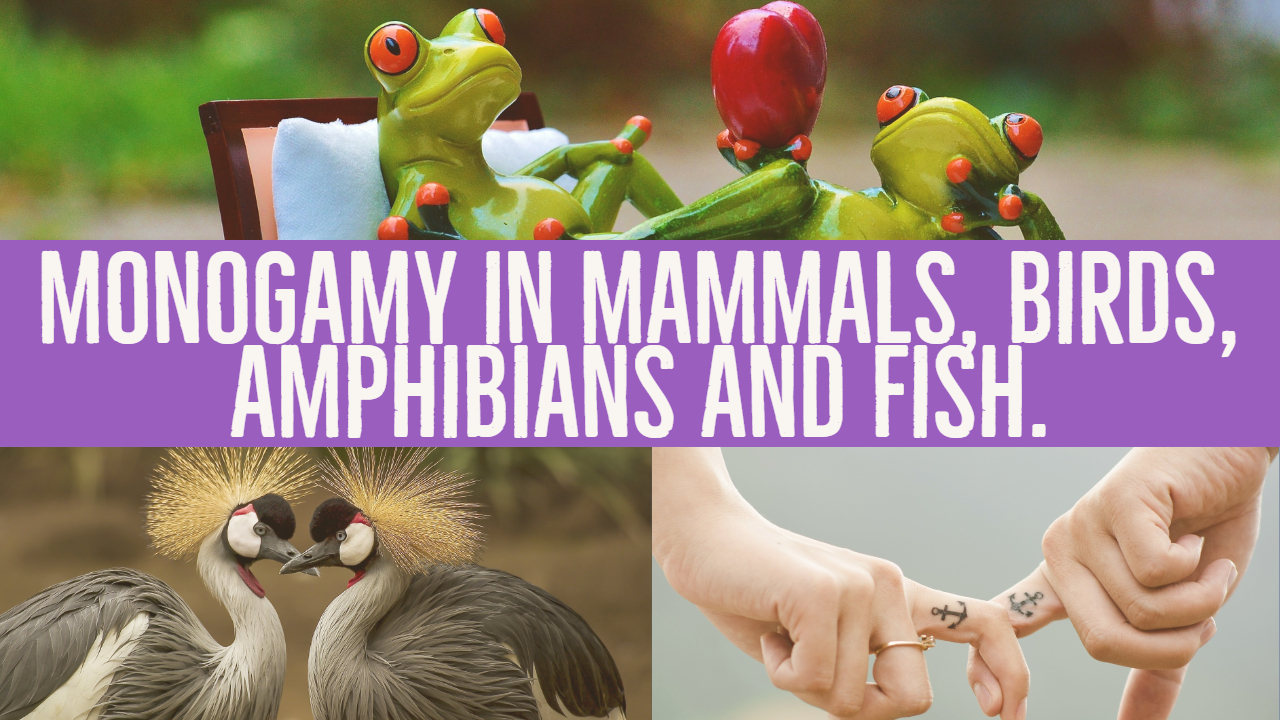 Monogamy evolved in many different groups of animals.

Prairie voles, little rodents who live in North America, do not believe in free love. When they choose a partner, they stay with them for life, raise the offspring together and cooperate in preserving the territory.

Monogamy is not unique to voles of course: we observe it in other mammals and also in birds, amphibians and even fish. It seems to have evolved again and again, independently, in different groups of animals.

A new study suggests that in each such case, genes responsible for monogamous behavior were involved in the development of monogamous specie from an ancestor that wasn't monogamous.

For a species to be considered monogamous for the purpose of the study, the couple should have stayed together for at least one breeding season, sharing at least some of the care of the offspring and keeping them together from predators.

The researchers did not focus on the genetic sequence itself, but on the expression of genes - that is, how many proteins are produced according to the instructions written in them.

When examining the male brains of the different species, the researchers found 24 genes whose expression was clearly different between the monogamous and non monogamous species, some more expressed in monogamy and others less.

Of course, there are many other genes that affect behavior change, but the differences in the expression of these 24 genes were the most significant.

The findings indicate a genetic mechanism for the development of monogamy, which is repeated again and again in evolution, in different groups of vertebrates.

The genes involved in this mechanism, according to the study, influence, among other things, the development of nerve cells, memory and learning.

The researchers speculate that monogamous animals need a good memory and learning ability to create the necessary relationships with their partners. In addition, the brain of monogamous animals may need to change simply to be in a relationship. However, some of the genes identified in the study may not be involved in the development of monogamy, but their expression changes when animals adopt it.

Monogamy is not necessarily the simplest choice, especially for males. There are many reasons why they may get away from their partner after mating.

A monogamous animal has to endure the presence of another animal beside him for an extended period of time, and it is not easy. It involves sharing food and shelter, there is the risk of infection with the partner's germs, or the partner can hurt you.

Growing up the next generation is not easy either; descendants are parasites, they take resources, and make life more dangerous because it's easier for predators to find the animal.

In animals that are not monogamous, most females raise the offspring by themselves, and males do not have to bear the burden.

What evolution has done, is none the less brilliant; when animals get into a relationship, or when they have children to care for, they feel that it rewards them, the reward system in the brain is snatched.

This evolutionary "solution" enables the monogamous lifestyle, which in many cases ensures better survival of the offspring.

If so, there are probably certain brain genes associated with the development of monogamy. The obvious question is, of course, what about people, as a species and as individuals?

Researchers hypothesize that the same pattern of gene expression might also exist in humans, but that does not mean that we would soon be able to test gene expression and thus determine the suitability of a particular potential partner or his monogamy level.

Monogamy is a complex feature that many genes are involved in. In addition, the definition given in the study of "monogamy" is not necessarily what we are talking about when we look for monogamy in a mate or in a partner.

Studies have shown that in many species of animals that have a long-term relationship there are many infidelities, but since the male and the female stay together and raise the offspring in common, they are considered monogamous. In order to find the genetic signature associated with loyalty to a spouse, we will probably have to wait for the next research.