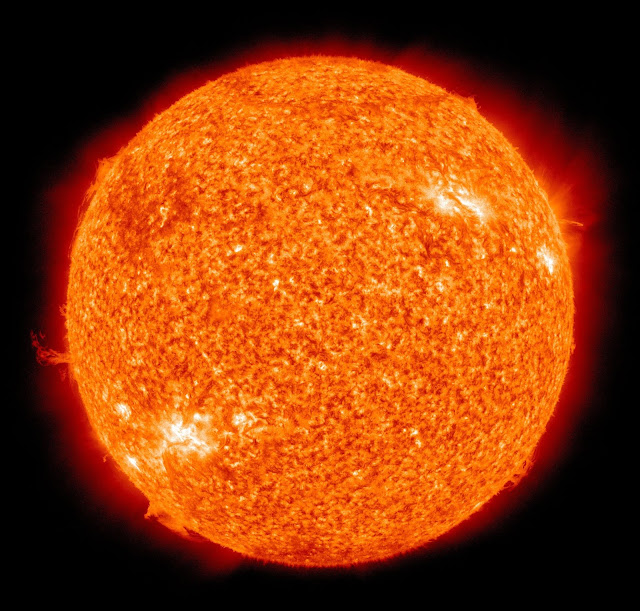 NASA's Parker Solar Probe will soon fly closer to the Sun than any spacecraft before it-about 4 million miles from the visible surface.

But getting that close to the Sun requires some fancy orbital mechanics.

It takes 55 times more energy to go to the Sun than it does to go to Mars. Why is it so hard to get to the Sun?

The answer is related to why Earth doesn't just fall straight into the Sun, despite the strong gravitational attraction.

Earth, and everything on it, is traveling very fast-about 67,000 miles per hour-in a direction that is basically always sideways relative to the Sun.

If you launch a rocket from Earth, straight toward the Sun, it won't lose that sideways speed, and so it will miss the Sun.

The only way to get the rocket to go right into the Sun is to cancel all that sideways motion. Leave even a little bit and it will miss the Sun and enter a new orbit. To cancel Earth's motion, you have to launch the spacecraft backward as fast as Earth is hurtling forward. But 67,000 miles an hour is really fast.

New Horizons, which NASA sent rushing out to Pluto, managed 36,000 miles per hour, or a little more than half what it would have to hit the Sun instead.

Since Parker Solar Probe plans to fly past the Sun, it doesn't need to cancel out all of Earth's sideways speed, but it does need to remove 53,000 miles per hour of it.

That's why it's using one of the most powerful rockets available and additional gravity assists from Venus over a period of several years.

In this case, rather than speeding up the spacecraft as in a typical gravity assist, Venus slows down its sideways motion, so the spacecraft can get close to the Sun.

When it finally does make its closest approach to the Sun, Parker Solar Probe will have lost much of its sideways speed, but gained a great deal of overall speed, thanks to the Sun's gravity.

Parker Solar Probe will hurtle past the Sun at 430,000 miles an hour- the very first human-made object to get that close.